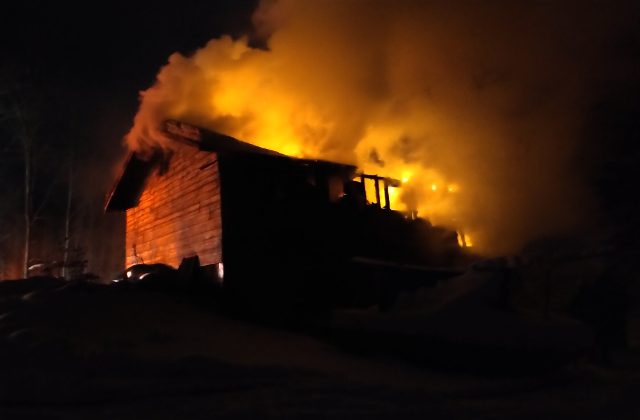 The Huntsville/Lake of Bays Fire department, says the house fire on Paint Lake Road that started at around 8:30 pm Thursday night completely destroyed the home. The Fire Department says the house sustained about $400,000 worth of damage.

When crews from Baysville Station 40 and the Algonquin Highlands fire Department got to the scene flames were seen coming through the roof of the home.  Firefighters battled the heavy fire and cold temperatures while bringing the blaze under control.

The Fire Department says that, one man that escaped the fire is being treated for his injuries, and that his pet dog did not make it out and died in the fire.