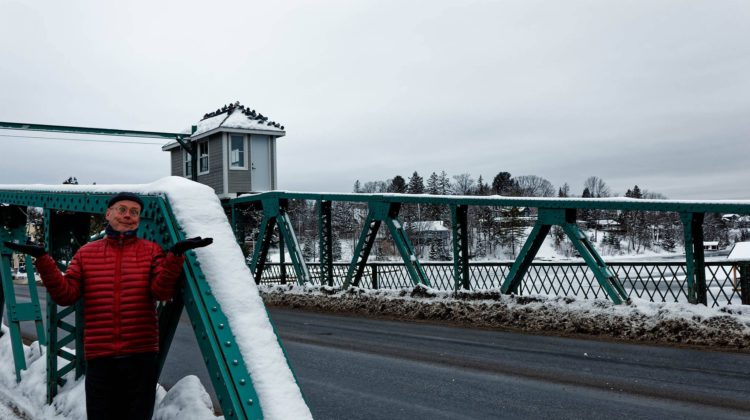 Thanks to inspiration from a popular comedy show, a teacher with the Bracebridge and Muskoka Lakes Secondary School (BMLSS) created a Facebook page to teach his students about hospitality and tourism and how it affects the town they live in.

Eyan Wheatley teaches Hospitality and Tourism at BMLSS and created the Facebook page Where’s Wheatley as a way to take his students “on a fun, virtual tour to teach them how integral hospitality and tourism are to (Muskoka’s) economy.” He thought of the idea while watching CBC’s Still Standing with Jonny Harris. “He goes from town to town across Canada to communities facing tough economic times and takes a really upbeat humorous approach on how these communities are coming up with creative ways to keep money flowing and keep small business running,” he explains.

The idea of the page is that Wheatley goes to different spots in Muskoka, taking pictures of the businesses and highlighting them on his page. He says he’s run into a roadblock because of the provincial stay-at-home order but is doing his best to work around that thanks to a backlog of pictures he’s built up.

Wheatley says the reaction from his students has been positive. “Anything as a High School teacher – especially online – if the students are showing any kind of engagement, that’s a win,” he says laughing.

Wheatley says he’s been trying to sneak in historical tidbits to his lessons when talking about some of the local landmarks. He joked in a recent post about Huntsville’s Swing Bridge that it doesn’t actually swing. “I worked for the last steamship operating in Gravenhurst,” explained one commentator. “I know a lot of history of the area. The bridge was built in 1870. The bridge was totally changed in 1938 the last time it ever moved was in the fall of 1952. In the 1980s the mechanism was welded stationary.”

In other posts, commentators share what they like about the business that Wheatley is at, or tell a story about its history in the community.

He recently started taking comments from his page and from businesses that have been highlighted and discussing them with his class. “For example, one comment for one of the local restaurants someone posted ‘hey is there an online menu,'” he says. “And I looked at the comment and went ‘wow, we haven’t responded to that.'” Wheatley says it was a good lesson that if you respond with a link or picture to the menu, you’re helping a local business and if you are that business, you should be keeping a closer eye on the comment section.

While the page was made for his students, it’s starting to get traction with people outside of his virtual classroom. Wheatley says he hopes he can keep the page going as a way to get the community communicating and collaborating with each other about local businesses and – hopefully – to increase awareness about the importance of hospitality and tourism in Muskoka.