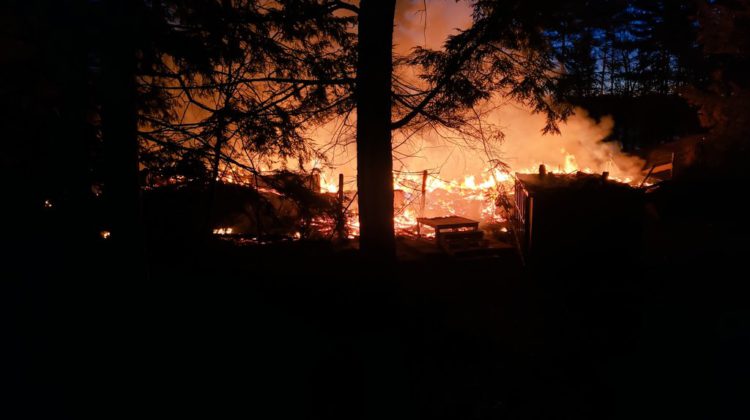 No injures are being reported in an early morning fire at a Gravenhurst cottage.

The Gravenhurst Fire Department’s Deputy Fire Chief Todd Clapp says an investigation is underway into the cause of the fire and how much damage was done.

He says multiple vehicles from stations one and two responded to the fire on Woodland Drive just after 7:30 Friday morning. “There were about a dozen firefighters on scene at the height of the incident,” Clapp says. “Woodland Drive is a private road so there were access issues getting into the property.” On top of that, the temperature was hovering around -16 which also caused problems for the attending firefighters.