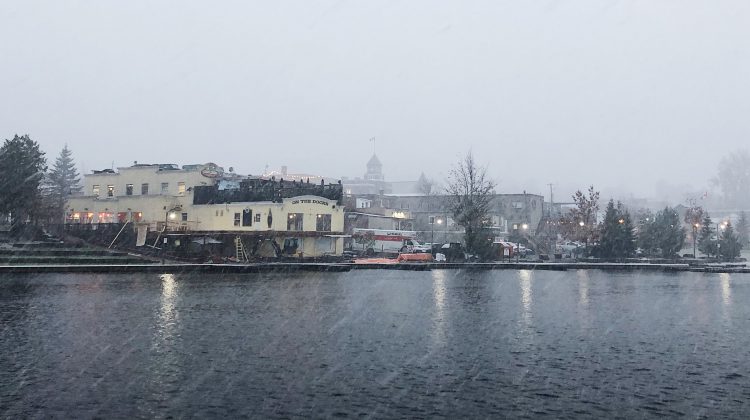 It looks like the cold weather could be here to stay.

With the special weather statement still in effect, you’re being reminded of the significant snowfall that’s expected for Parry Sound-Muskoka.

Meteorologist Peter Kimball says we’ll be seeing a fair amount of snowfall in the next couple of days.

“In particular Tuesday and ending Wednesday,” Kimball said. “It’s not likely to disappear because this time of year it gets colder and colder and of course, you get the possibility of lake effect as well and that certainly could happen sometime next week around this time.”

This particular snowfall is a result of a strengthening low-pressure system expected to move through eastern Ontario into Quebec Tuesday into Wednesday.

The weather agency says between now and Wednesday, we could see anywhere between 15-25 centimetres for Parry Sound-Muskoka.

Kimball says the snowy conditions could be a sign of things to come.

“I think that probably what we are getting over the next couple of days will stick around,” Kimball said. “It may disappear later this week as the temperatures rebound a little bit but I think winter is pretty much here.”

The weather agency also says additional snowfall amounts of 10 to 15 centimetres are a possibility Tuesday through Wednesday.

Kimball says drivers should be prepared for winter driving conditions.

The latest updates can be found through Environment Canada.