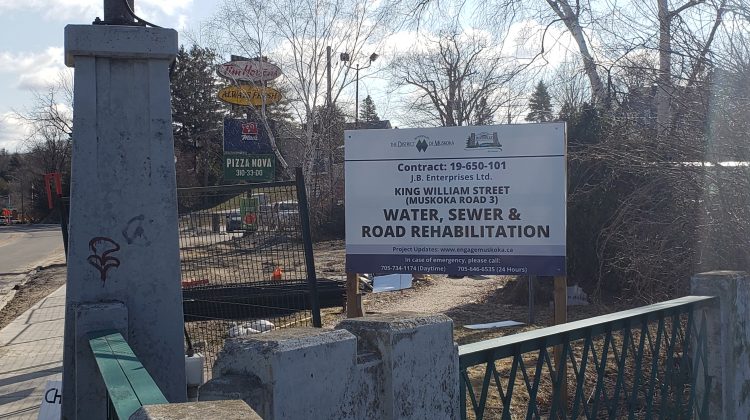 It looks like the King William Street project is nearing completion.

The District of Muskoka has announced that the street will be fully open to two-way traffic starting on September 11th.

Until then, King William will only be open to westbound traffic through the construction zone between Scott Street and Hanes Street.

Eastbound traffic meanwhile will be detoured on Hanes Street, Morris Avenue, Cliff Avenue, Meadow Park Drive, and back on to King William at Scott Street.

At this time, there is no available access to Cliff Ave and Cann Street from King William.

Traffic at Scott and King William will be reduced to a single lane and controlled by flaggers when work is required to take place within the intersection.