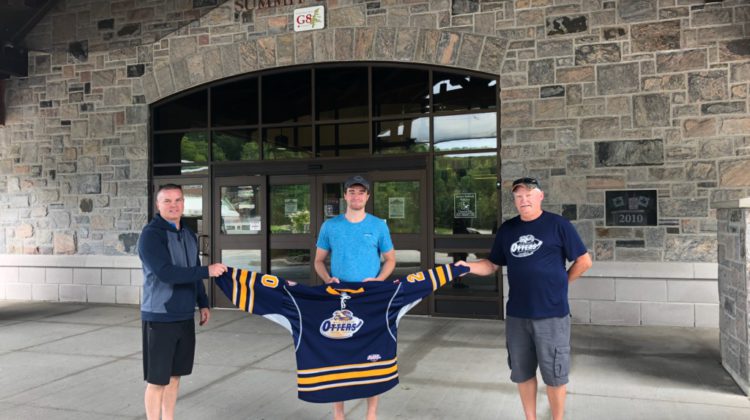 The Huntsville Otters continue their busy summer ahead of the 2020-21 season.

On Thursday, the Junior ‘C’ club continued to shore up its depth – announcing the addition of 16-year old Noah Villeneuve to their roster.

Villeneuve spent the last season playing for the Toronto Junior Canadiens ‘AAA’ U16 club in the GTHL.

In an interview with MyMuskokaNow, Otters General Manager Marc Gagnon says they’re thrilled about what Villeneuve brings to the team.

“Trying to build a strong team, and we were able to sign another ‘AAA’ player. Noah played for the Toronto Junior Canadiens. He’s a big centreman – really big for his age. He’s a two-way hockey player, likes to play at both ends of the ice, and he’s very good on face-offs, I’ve heard – very good.”

Villeneuve is a left-handed centreman, standing 6’0 and weighing 172 pounds.

Last season, he racked up six goals and three assists in 25 games played.

While those numbers might not pop off the page – Gagnon says he’s very confident about the leadership Villeneuve will bring.

“He’s already asking about training and dry land stuff and meeting some of the guys. So, what I took from that was very positive. He comes from a good family – I met his dad today too, and they’re excited to be here and happy to be an Otter. It makes me really happy.”

As for the season ahead – while shrouded by the cloud of doubt from the COVID-19 pandemic – Gagnon says he’s hopeful that the season will begin at some point in December.

Following similar guidelines from the CHL, he notes that it looks like the Provincial Junior Hockey League will be opting for a shorter season.