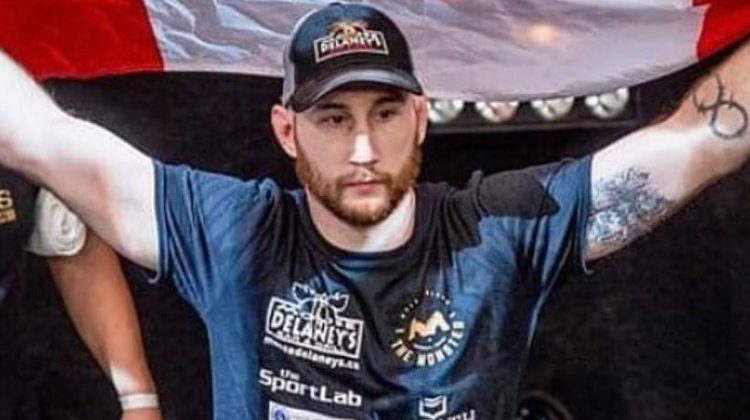 Kyle 'the Monster' Nelson lost in his UFC debut, but has a four fight contract with the organization. (Kyle Nelson Twitter)

He hasn’t had enough time to think about it.

Kyle “The Monster” Nelson, a Huntsville born and raised MMA fighter has gotten the call most guys in his trade can only dream of.

Nelson has been brought in as a last moment fill in to take on Brazilian Carlos Diego Ferreira Saturday night at UFC 231 in Toronto.

He has been fighting as a pro since 2012 compiling a 12-1 record in various MMA conferences. This is his first shot at a UFC bout.

He got the call on Tuesday and has been at the Toronto fight hotel headquarters ever since, doing photo sessions, interviews and signing many, many documents.

He is not worried about the short notice saying, “It doesn’t really change anything for me. I’m always training  and I’m always in shape.”

Nelson will be 10 pounds lighter than his opponent, coming into the 155 weight class at just 145 pounds.

Another fighter, Jesse Ronson from London, Ontario, was originally scheduled as the fill-in, but his issues were at the other end of the scale. He needed to get down to 155 from approximately 175 pounds with under ten days to do it. It was decided that was too much in such a short amount of time.

Nelson, 27, says he admits in his early days of training he would have even had a hard time believing the dream of making it to the UFC.

“It’s been the goal since I was about 14 when I started training,” admits Nelson, who now trains in Stoney Creek. “If a young kid from a town of 18,000 way up in the middle of nowhere says they are going to the UFC it is hard to take seriously.

“I like to compare it to the NHL or the NFL for people that don’t understand mixed martial arts and the UFC.

He has watched a bit of video on his opponent who sports a 13 and 2 record but says he needs to focus on his own plan.

“I’ve watched some of his tape,” says Nelson. “But then I let my team do most of the studying and they talk with me and figure it all out and make a game plan.”

While the fight is in Canada, the worldwide audience can be massive as UFC pay-per-views typically draw between 500,00 and two million viewers.

Nelson will have at least two people on the ticket list, as his wife and mother are coming from Huntsville.