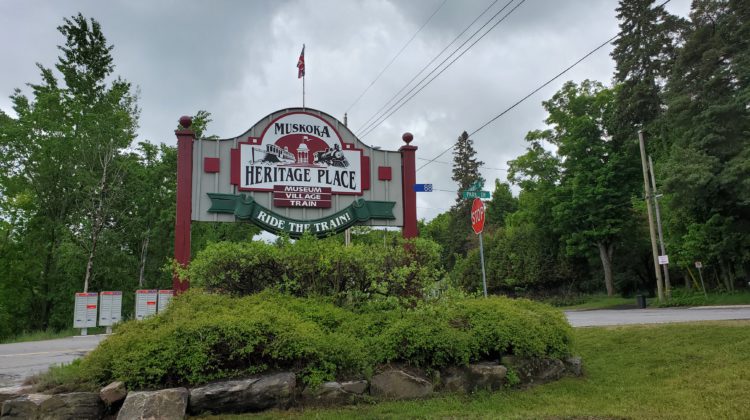 Although one of Huntsville’s end-of-year events has been postponed to next year, the fate of another is less certain.

Muskoka Heritage Place (MHP) announced last week that the Great Pumpkin Trail Hallowe’en event and the Portage Flyer Christmas would be postponed until 2022. However, officials are saying there’s a chance, however slim, that the Christmas event could go forward.

“[It’s] highly unlikely that this event could ever operate as it is this year, and I’m not promising that we can make it work with some modifications, but we’re looking at it,” says Ron Gostlin, Manager of MHP. “Maybe the answer is to create a completely different Christmas event for this year, but it’s definitely our desire to do something, and that’s kinda where we are now.”

Goslin says the event, which has children take the Portage Flyer Train to visit Santa, would be difficult to host safely during the pandemic. Capacity limits and checking proof-of-vaccination would be two factors that would warrant significant changes, according to Gostlin.

“We really want to be careful that we don’t modify the event to the point where it’s not even recognizable either, cause we worked really hard to get it where it is,” says Gostlin. “Hopefully, there’s a way to do that, but every day there’s new information, so we’re trying to stay on top of it. It’s not an immediate turnaround; every time something changes we’ve got to sort of start over.”

The event was scheduled to run on December 18th, and Gostlin says he expects to know whether it’s going forward or not by December 1st.

Even if MHP isn’t able to host any of its own events this year, Goslin says the Huntsville Lake of Bays Chamber of Commerce has two planned for the winter. Eclipse Walk With Light, a nighttime forest walk and light show, is scheduled for mid-November. Huntsville Snowfest, which features a number of winter activities, will happen at the end of February.