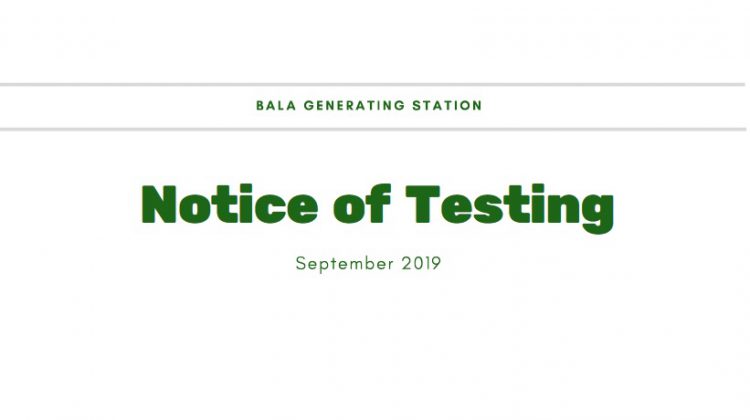 Image sourced from the company's announcement in September of 2019.

BALA, ON –Water testing that was supposed to be completed this week is still being put off at the Bala Generating Station.

According to reports, low water levels are the reason. Officials with Swift River Energy Limited, the company that owns the facility, told the MyMuskokaNow.com newsroom that it is just testing that requires water that has been suspended.

All other testing is still being conducted.

The organization planned to start testing on September 18th and with a completion goal of three weeks.

The goal was to prepare the facility for regular operations.

The company assured the public that testing procedures were created by experts. The plans were developed in partnership with the Ministry of Natural Resources and Forestry, and Ontario Power Generation.

The public is advised to exercise caution during the testing period. The company will be monitoring around the generating station and dams, but the public is asked to assist by keeping clear of the area immediately near the station while testing is underway.

The Township of Muskoka Lakes recommended that the public be cautious up and downstream of the dam area. If anyone detects a sudden flow change, they should move back from the water and get clear of the area.