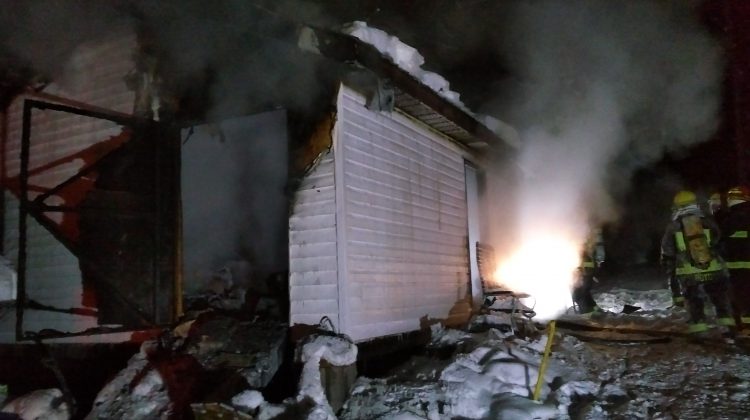 A garage fire in Utterson is sparking a safety reminder from our local fire department. The blaze broke out at around nine on Saturday night, and although the cause is still under investigation officials say initial reports show the homeowner was working on a snow-machine when the fire started.

The Huntsville/Lake of Bays Fire Department is recommending having a portable fire extinguisher readily available in your garage and house. The fire department says it can control and even put out some small fires before they become large ones, if used properly.

Saturday’s fire was knocked down by firefighters when they arrived on the scene before it spread to a nearby shed, and the damages are estimated to be around $50,000. There were no injuries and the investigation is continuing.