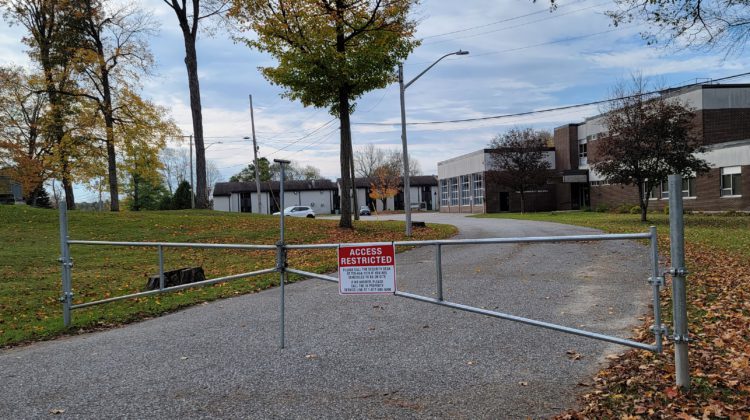 All Ontario Fire College branding has been stripped from the buildings and the property they sit on has been closed to the public since it was decommissioned in March 2021 (Photo credit: Mathew Reisler)

The first of two mobile live fire training units the province promised when they shut down the Ontario Fire College has been launched.

When the college was decommissioned on March 31st, the plan from the province was to open 20 regional training centres and get two mobile units online. Provincial officials tout how this plan will help to “expand and modernize” fire training and bring “high-quality, hands-on training” directly to all regions in Ontario.

The 16-metre long units will travel between the yet-to-be-opened regional training centres at fire departments. The unit that was launched Tuesday in Bradford is available immediately to firefighters in southern and central Ontario.

While this is a step forward for the province, Gravenhurst council is still in the dark over what will happen to the property that used to house the fire college. Earlier this month, Premier Doug Ford responded to the letter council sent asking to be included in the discussions about what will be done with the property and to potentially give some of the 28 buildings a heritage designation. Ford said he would forward the request to Lisa MacLeod, who is the Minister of Heritage, Sport, Tourism, and Culture.

Mayor Paul Kelly says he has yet to hear back from MacLeod.

The buildings that council wants to see protected are Scott Hall – which already has been deemed historical by council, but not the province, the principal’s residence and instructors’ residence. Councillor Sandy Cairns also mentioned the Ontario firefighters’ memorial as something that should be protected from future developments.

The college was used by thousands every year up until the start of the COVID-19 pandemic, so Kelly believes whatever is done with the 97.1-acre property should involve the existing buildings.

The second mobile training unit will be built by December and put into action in northern Ontario early next year.