El Pueblito owner glad no one hurt after patio destroyed 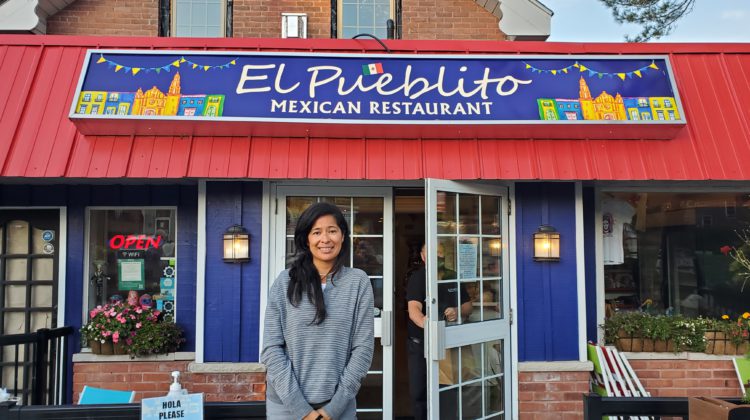 When the owners of El Pueblito returned from a much-needed weeklong retreat, they found that their outside patio had been taken down a bit more destructively than expected.

A vehicle had swerved into the patio’s railing Friday night. At the time, only the restaurant’s sous-chef was inside. 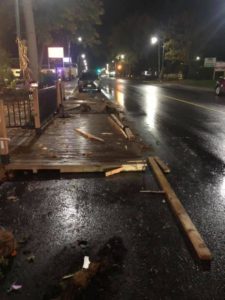 “It was crazy, because it wasn’t just screwed to the wood, it was bolted,” says Marlenne Rickard, who owns the restaurant with her husband Mike. “It was really hard to take [apart] that patio, it was really well done, so we were impressed. What happened, like how, what speed was he driving?”

With the weather getting colder, Rickard says the patio was scheduled to come down within the week anyways, so the business has not been hit too hard. The restaurant, which is one of few places to get Mexican fare in Muskoka, typically has a long line of people standing where the vehicle struck. Rickard says she’s just relieved the restaurant was closed that week.

“The restaurant was closed, so we were happy in a way, because Friday nights and Saturdays are quite busy, and there’s usually people right there,” says Rickard. “No one was hurt, that was our first thought.”

Rickard says they’ve received a few tips from people around town about who the culprit might be, and encourages whoever did it to come forward.

She adds that support has come pouring in from the community since the incident, including a phone call from Rick Maloney, Bracebridge’s Deputy Mayor, and an offer from a local contractor to rebuild the patio for free.

Rickard says the $8,000 patio was partially funded by a grant from the town four years ago, and she’s hoping that if it comes to it, they can get another to help them rebuild. The damage is estimated at about $4,000.