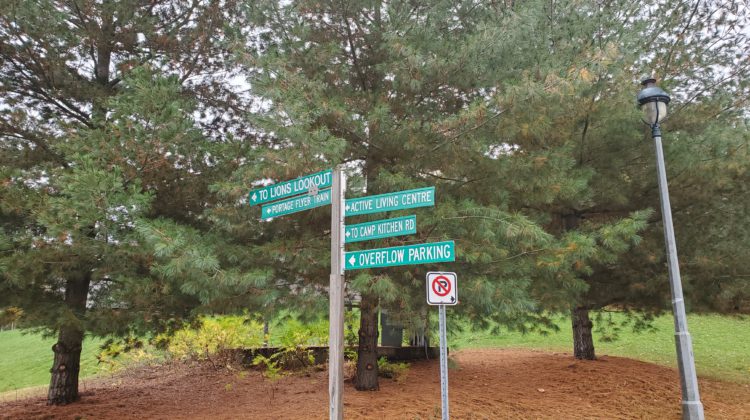 Huntsville is asking for more feedback on how its signage should look.

The Community Wayfinding Strategy started earlier this year, with the town asking both residents and visitors to sound off on what they’d like to see for the style, function, and location of signage.

The contractor on the project, Stempski Kelly Associates, put out some potential designs for the signs last week, and Huntsville released another survey asking for feedback. The designs presented on the survey are not final and are more to determine whether the town is heading in the right direction, according to Scott Ovell, Huntsville’s Economic Development Officer.

“There’s been lots of uptake [and comments] on the survey, which is always great to see that the community’s engaged, it actually gives us a really solid sample size,” says Ovell. “Once we get the final data, we’ll present that to council. By no means are these [designs] final, it’s just really trying to get a feel for colour schemes and things like that about what the community wants to see as something being authentic for Huntsville.”

Ovell says the presentation to councillors will happen at the General Committee meeting on October 27, and will include finalized plans for the locations and content of the signs, as well as a budget and potential timelines. He says the survey will be kept open for “as long as possible,” but encourages people to give their feedback before October 17th, as well as tune in to the presentation.

According to Ovell, the plan will likely come back to council one more time in November, with procurement set to happen over the winter, and the first signs going into the ground in the spring.