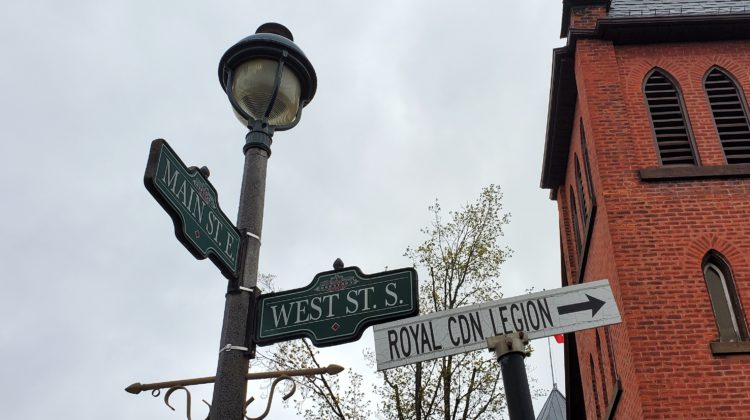 The Town of Huntsville plans to overhaul its signage so people can easily find their way around.

According to Huntsville Economic Development Officer Scott Ovell, the project was initially scheduled for 2020, but was pushed back because of COVID-19. He says right now the focus is on gathering information.

“Fundamentally the plan at the moment is identifying points of interest and ultimately locations we’d be putting signs in the ground,” Ovell says.

To that end, the Town has put out a survey in which residents and visitors can give suggestions on the style and function of the signs.

Huntsville deputy mayor Nancy Alcock says she’s been pushing for new signage for close to a decade. She says the extension of the Hunter’s Bay Trail in 2017 brought the issue back into focus.

“Huntsville has some amazing trails throughout the entire municipality, but a lot of people actually have no idea where they are,” Alcock says. “So from a local perspective, it’s hugely important that people know where they can hook up to either ride their bikes or go walking.”

According to Alcock, new signs could also help visitors get the most out of the town.

“I think it makes a massive difference. You walk away as a visitor feeling like you benefitted from seeing as much as you could and learning about the place and I do believe that good signage helps you do that,” she says.

The new signage will point out not only public property, but also certain businesses and sites of community importance.

As for when the project will be completed, Ovell says it will take some time.

“It’s going to be a big project, so the reality is we’re probably not going to just start this one year and it’s going to be done by October,” Ovell says. “It may take a couple of years to fully work our way through it, and that might be the most fiscally prudent approach.“

In the meantime, Ovell encourages the public to contribute their opinion.

“Any time we go to the public it plays a huge role. As a staff member I can have conceptually what I think may happen in a project, but we have to keep an open mind and listen to the public about what’s important to them, what they want highlighted in their community, and ultimately what they want the new signage to look like.”

Ovell says the survey results will be included in a report to town council in June.