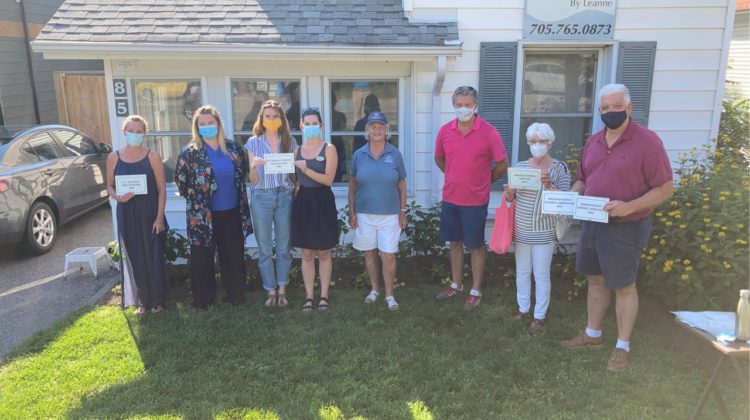 The Muskoka Lakes Museum has presented its first historical plaque, designating that the home is nearly a century old.

The home, located at 85 Joseph Street in Port Carling, will have a plaque installed on it that will be visible from the sidewalk noting the date the house was built, its original owners and what they did for a living. Boat builder J.C. McCulley was the first person to live in the home after it was built in 1914.

Nine other plaques were handed out during the ceremony last week.

Project lead Susan Daglish says McCulley was a “very fascinating man.” When the Disappearing Propeller Boat Company collapsed in the mid-1920s, a group of its employees went on to form a new company that would be owned and run by them. “They built Seabird boats,” Daglish says. In this case, it wasn’t the home that held historical value, but it was the people that lived in it. “Some are just lovely houses, but some have a story behind them,” she says. “That’s the part that’s made it so rewarding for me.”

“This will be a great way to share local history in a simple way for all residents and visitors to the area to see,” the museum’s Director Courtney Provan says. “Hopefully, the program will expand to find homes in many communities throughout (Muskoka Lakes).”

“We wanted to do something to recognize homes that we know in the area that are about 100 years old without having to go through a lot of the larger things,” Director/Curator of the museum Courtney Provan told the MyMuskokaNow.com newsroom in August, adding most of those “larger things” involve paperwork. Provan said officially designating a home as historical could also cause issues for homeowners. “We wanted to make it nice and simple,” she went on to say.