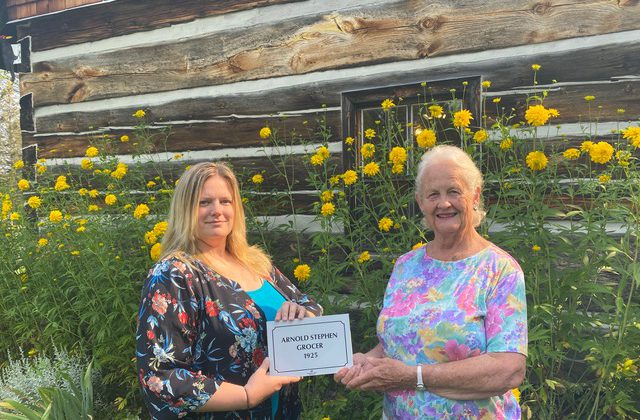 The Muskoka Lakes Museum has started a three-year search to find century-old homes in the Township of Muskoka Lakes.

“We wanted to do something to recognize homes that we know in the area that are about 100 years old without having to go through a lot of the larger things,” Director/Curator of the museum Courtney Provan tells the MyMuskokaNow.com newsroom, adding most of those “larger things” involve paperwork. Provan says officially designating a home as historical could also cause issues for homeowners. “We wanted to make it nice and simple,” she goes on to say.

One plaque presentation has already been scheduled for August 19th at 4:30 PM. It will be presented at 85 Joseph Street in Port Carling. Provan says they have identified another six to eight homes, but more research is needed before a plaque is created. As the project continues, Provan says they will continue to expand to other communities in Muskoka Lakes like Bala and Windermere.

The plaques will be made of street sign quality material and built to withstand the weather. They will have three pieces of information: the date the building was made, the name of the first occupant, and what he or she did for a living. “The plaques are designed to be mounted on the home itself with two rust-proof screws and will be visible from the sidewalk,” Provan explains.

“The township has a rich history, and it is exciting to share and acknowledge its beginnings,” project lead Susan Daglish says.

“It contributes to the overall story and character of the town,” Provan adds. When driving through Muskoka Lakes, she points out that so many of the buildings are newer, so putting these plaques up to recognize the structures that were built nearly a century ago is important. “We want to recognize that,” she says. “We want to tell their stories.”