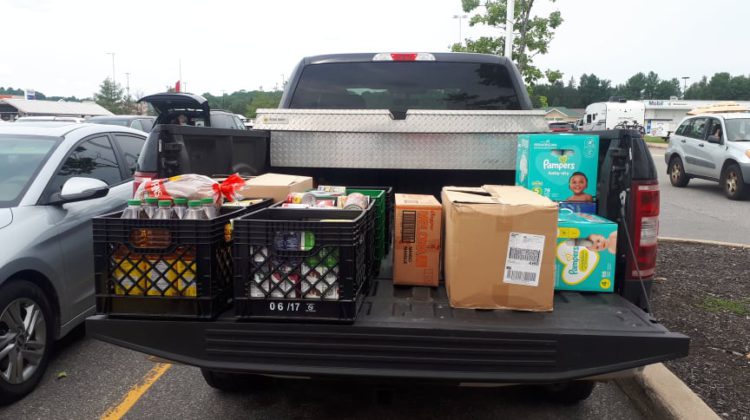 Organizers of Huntsville’s third annual Christmas in July Food Drive say they could not be happier with its turnout.

“One word to explain it was ‘awesome,’ [which] doesn’t really justify what we had as far as our turnout,” says Rick Brooks of Kiwanis Club of Huntsville Muskoka. ”We exceeded last year, we brought in over two tons of food, as well as a staggering more than $6,000 in cash and gift cards.”

The drive ran all day July 21st and 22nd at FreshCo, Independent Grocer, and Metro in Huntsville, with food and funds going towards the Salvation Army in Huntsville. Important items were marked out in stores with Santa Claus stickers.

Brooks says events like these keep food banks going, which is especially important coming out of a pandemic.

“These are the major events for Salvation Army Food Bank and stocking their shelves, and it certainly is needed, especially after 16 months of COVID,” says Brooks. “This is something that we need to try and dig a little bit deeper and help everybody that we can help.”

According to Brooks, many people who had benefited from Salvation Army in the past came by to speak about their experiences and make donations of their own.

“Their willingness to share their stories and give from their hearts was quite evident and truly appreciated by all of us,” says Brooks. “A huge thanks out to the giving residents and visitors who stopped by to make this happen by donating, and all those involved to bring this to reality.”