Four-building, 236 unit apartment complex to be built in Gravenhurst by 2022 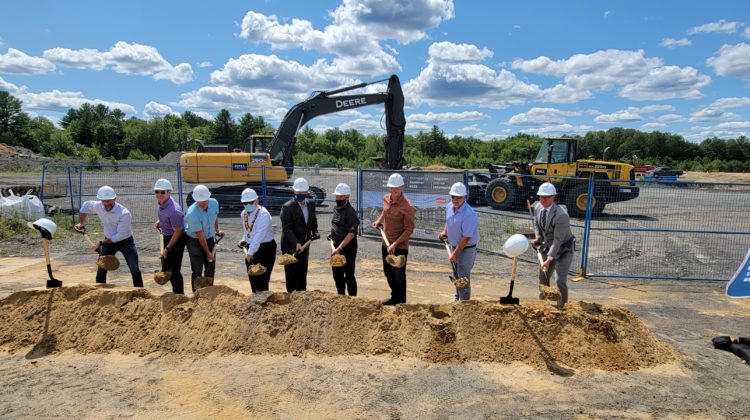 A groundbreaking ceremony was held for a 236 unit apartment complex set to be opened in Gravenhurst by the summer of 2022.

It was hosted by Guelph-based developer SkyDev. The $100 million development project has been dubbed “Talisman Gate” and will see a four-building complex erected at 110-120 Preston Way. The building will also include a community garden, multi-purpose court, a gym, yoga studio, a games room, and an outdoor terrace. 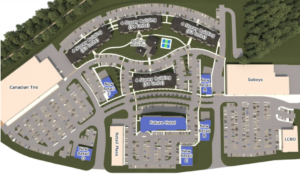 Co-founder and CEO of Skyline Group of Companies – which includes SkyDev – Jason Castellan didn’t provide specifics of how much rent will be but says it will be “very close” to affordable rates based on the Canadian Mortgage and Housing Corporation’s calculations. “This is new stock and new always costs more,” Castellan tells the MyMuskokaNow.com newsroom “Your new car will cost more than an old car.”

“We have a duty to our shareholders to charge fair market rent,” Castellan adds. When the project was announced last year, President of SkyDev Gregory Jones estimated the rent would be between $900 and $1,800, not including utilities.

Castellan believes that people will be willing to pay more to be closer to the amenities nearby to the complex. A Canadian Tire and Sobey’s grocery store have already been built, but he says a Marriott hotel and further retail spaces will be built in the coming years. “We see that when the new happens it creates opportunities for tenants to move up the scale and then that creating openings,” he goes on to say. Castellan says they are actively looking to bring in more retailers.

Gravenhurst Mayor Paul Kelly knows housing has been an issue locally for “many many years.” He says the ongoing issue affects employment. “This will be a good starting point for that,” Kelly adds. While more recent numbers weren’t provided, he says as off two months ago, over 100 people had put their name down on the shortlist to rent an apartment. “This will become almost a community within a community,” he says.

While this development won’t necessarily address the affordable housing issue, Kelly hopes it will allow more rental units to be freed up. “This is a game-changer for Gravenhurst and Muskoka,” he boasts.

He adds that the property where the apartment building will sit has been empty for years, so Kelly says he’s happy that something is being done with it. “The people that are doing business here are going to benefit significantly from this,” he goes on to say.