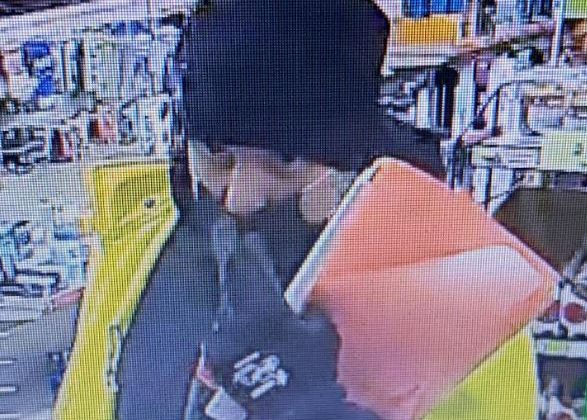 It looks like a pair of robberies that happened in Gravenhurst this week could be linked to a string of robberies stemming from Kawartha Lakes and Orillia.

The OPP says it is investigating two separate incidents involving robberies where the suspect brandished a conducted energy weapon and demanded cash.

This past Sunday, around 8 a.m., officers from Kawartha Lakes OPP received a tip that a person using an ATM inside a Coboconk bank was approached by an unknown person who was armed with a CEW and demanded cash.

Police say the victim handed over $300 in cash to the suspect who then fled the scene on foot.

No one was hurt during this incident.

At that time, police described the suspect as standing around 5’6”, approximately 40 years old with black hair, a black jacket, a black masque and a black toque.

Then on Monday morning, around 6:15 a.m., Orillia OPP received information about a person using a drive-thru ATM in the city who was approached by an unknown suspect who again was brandishing a CEW and demanded cash.

The victim in this case drove away, leaving their bank card in the ATM.

The suspect is said to have attempted to take out money from the machine but his efforts were unsuccessful.

Orillia OPP had described the suspect as 5’7”, approximately 30 years old, with all black clothing.

The OPP believe the suspect involved in both these instances is the same man police are looking for in Gravenhurst following a pair of robberies that took place Monday evening.

Both robberies saw a man enter a convenience store with what appeared to be a firearm and demanded cash but his attempts were both unsuccessful.

Bracebridge OPP had a similar description of the suspect to the ones mentioned above.

In all four occurrences, a newer white four-door sedan was seen in the area and OPP believes it belongs to the suspect.

The investigations are ongoing, and police are looking for the public’s assistance to help identify the person involved.

Police believe there may be witnesses to these events who were driving or walking in the area at the time of the offence.

If you have any information, you’re asked to contact OPP or Crime Stoppers at 1-800-222-TIPS.