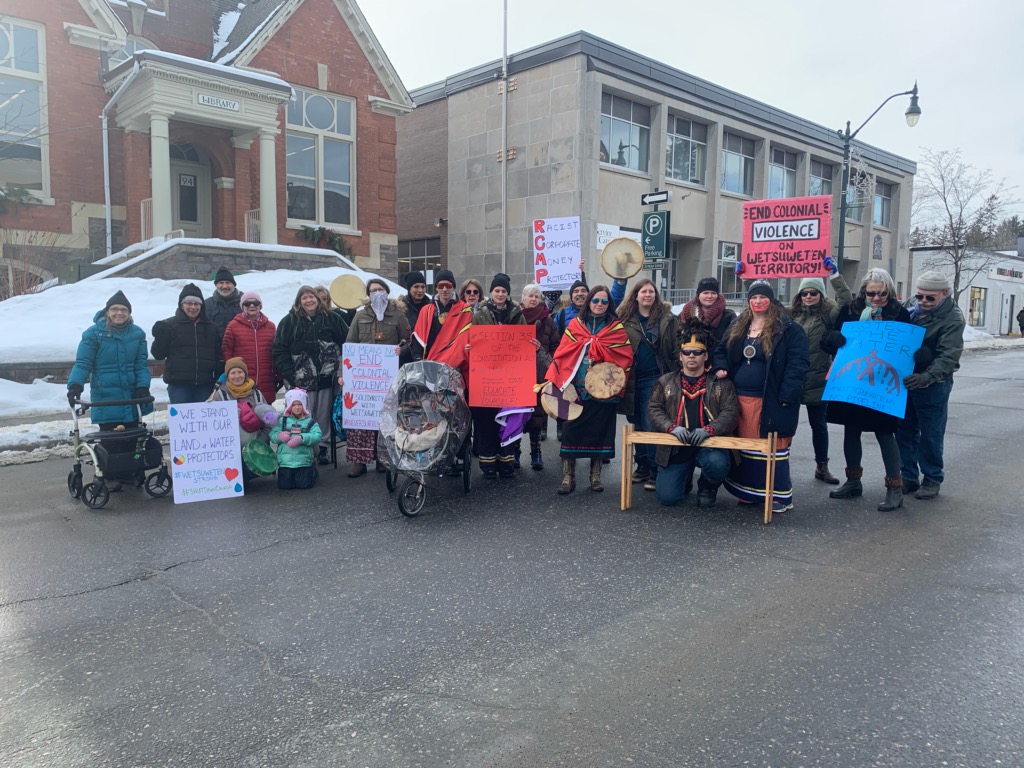 BRACEBRIDGE, ON-Local First Nations is holding a ceremony on the streets of Bracebridge to bring attention to the problems their people are facing.

The organizer of the event Amanda Dale said that they want to honour the Wet’suwet’en and make sure their voices are heard.  Dale noted that there are concerns with the missing murdered indigenous women, the camps that have been breached by the RCMP and the lack of consent that indigenous people are facing.

According to Dale, today’s ceremony will see various indigenous community members come together to pray for everyone affected by the issues that surround their people.

Dale said that indigenous people are being asked to rise up because “this is going to be a very different Canada if we don’t do anything.”

Dale noted that the reason the Wet’suwet’en is in their prayers is that they are the ones who are witnessing the damage to the land by the pipeline and are being arrested for trying to stop it. “We are telling the RCMP to back off and stop arresting our elders,” said Dale.

Dale mentioned that while they are peacefully protesting today if things do not change, they will take another action. She noted that people may eventually rise up and say “enough is enough.”

Dale wanted to note that they are not aggressive but the action they are taking any future actions is necessary as they are fighting not only for their children but for everyone’s children. “We are doing this in love and not wanting to fight,” said Dale.

Dale said that she hopes others will join the demonstration and pray with them.