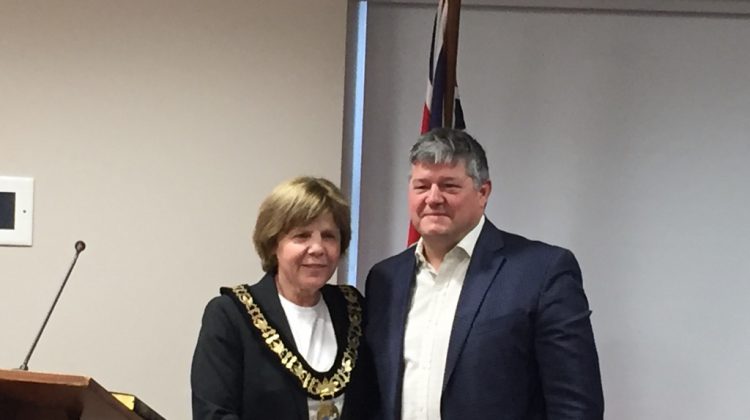 HUNTSVILLE, ON – Huntsville officially has a new mayor but it is a familiar face.

Karin Terziano is switching from her councillor chair to the head of the table. She was the only person to apply for the position after Scott Aitcheson was forced to resign after winning the Parry Sound-Muskoka riding in the federal election.

Terziano was officially appointed as mayor at the Huntsville Town Council meeting this morning. She will serve out the rest of the 2018-2022 term.

Terziano said that while she plans to stick to the plan set out by her and the other councillors, some of her major focuses are on the hospital, Fairvern Nursing Home and education.

During the meeting Councilor, Tim Withey made it a point to neither approve or object to Terziano’s appointment. In an interview with the MyMuskokaNow.com newsroom, Withey said it had nothing to do with Terziano’s capabilities as a mayor “It just has to do with the process on how the town got its new mayor.”

Withey went on to say that he was not pleased with the appointment process and said that we live in a democracy and that “the public should have more of a say in who becomes their new mayor.”

Terziano said that she plans to work hard and to do her best for the town of Huntsville.