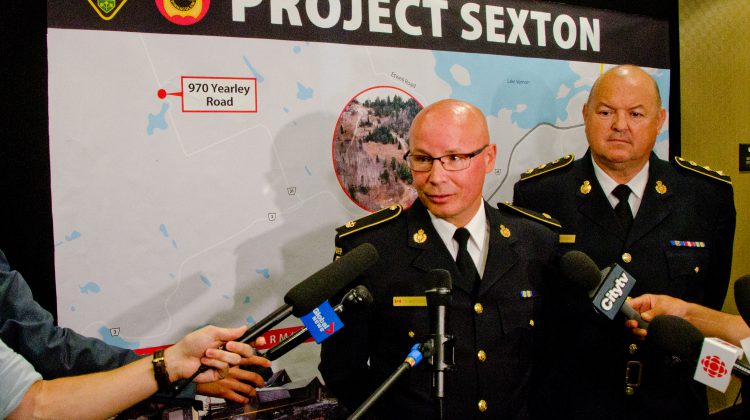 HUNTSVILLE, ON- While no definite conclusion was presented today, the OPP have pledged to not rest until four homicide cases involving seniors in Muskoka are solved.

The conference did not announce charges or definite suspects in the matter, and was short on information concerning evidence found in the investigation.

However, it was confirmed that all four cases are being looked at as homicides.  It was also indicated that Lawrence, known as the “Cat Lady”, passed away on the property she had been living on owned by the Laan family at the time.

Cadaver dogs, helicopters, ground searches and searches of nearby Siding Lake, just southwest of Huntsville’s core have not located any of the missing bodies.

Matthews told reporters that “extensive” searches have been made of properties formerly owned by the Laans, who used them to run retirement homes. He also said he had met all four of the deceased at the start of the investigations in 1998, which had been focused on the conditions of the homes.

After he first met Lawrence on the property near Siding Lake, he returned and found she was no longer at the property. He was told she had gone to several other locations, none of which were the van where she was actually living.

“We have searched the property, on more than one occasion,” said Matthews.

“We have done extensive searches. I would love to be more forthright, but everything I talk about is evidence, and I have to keep that close to my chest so in the future we can use that evidence. I don’t want to taint anything.”

He indicated the search for Joan in the fall of 1998 had quickly gone from a missing-persons case to a homicide case, and is now hopeful that witnesses will come forward given the time that has passed.

“The OPP, we never close a homicide investigation until we know the truth,” said Matthews.

“Despite these men and woman being vulnerable, and not having a lot of support, we are taking it as seriously as we would for a member of the community. We are not going to rest until we bring closure to the families of those victims.”

As for what he would say to the Laan family, who have never been charged in the four cases, Matthews implored for them to come forward and cooperate.

“If you don’t cooperate with police, there is a question mark there on where you lie. Come forward, tell us your story, and we’ll assess that information.”

The OPP want to hear from witnesses who were in the homes at the time, or worked at the Laan residences in question. Rewards for information are still in place.