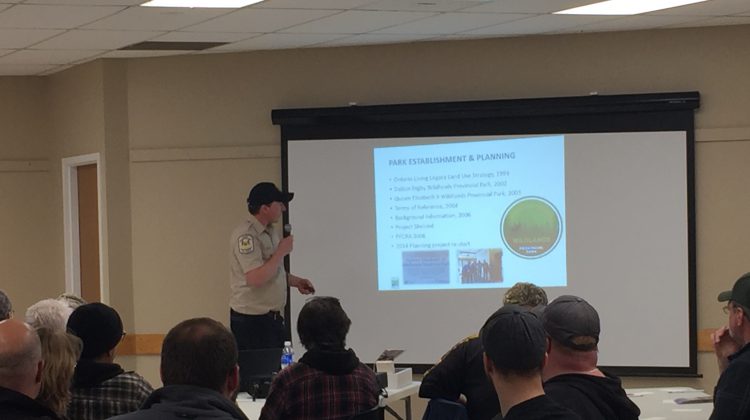 Queen Elizabeth II Wildlands Provincial Park is pushing to be made “operational”.

That means that he is one of only five staff members taking care of the entire 33,505 hectares of park. Without operational status, Dwyer says that the park staff don’t collect fees, and they do not get the same level of funding.

According to Dwyer, the park is at the “Management Decision Stage” of the planning process. Pam Sayne, a councillor from Minden Hills, says that there is a lot of work left to be done before they become operational, including ongoing conversations about the Williams Treaties.

The treaties themselves created in 1923, they were an agreement between the federal and provincial government and seven different First Nations groups. The crown took over 20,000km of central Ontario in exchange for a cash settlement. More recently, another deal was reached over the treaties in July of 2018.

This is the second time the park has started the planning says, Dwyer. The first attempt was back in 2006 before it stopped, only to restart in 2014.

Trying to emphasize the importance of becoming operational, Dwyer said the park is home to hundreds of species of animal and plants. He also pointed out that the park is used by hundreds, pointing out that people can camp there and do outdoor activities there. Another use of the park according to Dwyer is a corridor for commercial and municipal traffic.

If the park was operational, Dwyer suggested that they would have more staff and funding to address these uses.