We get to Know New Bracebridge OPP Commander Michael Burton 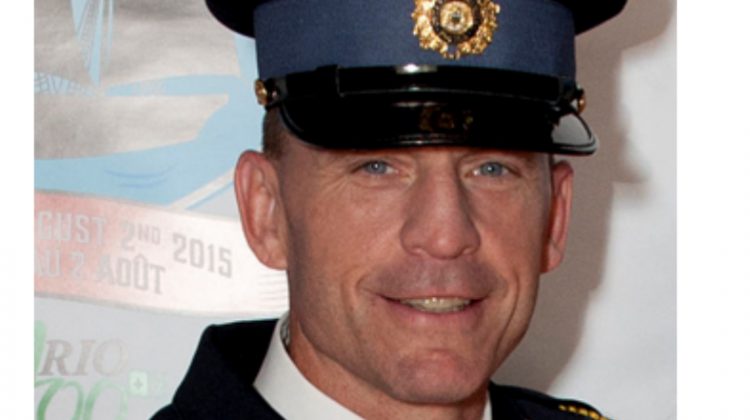 OPP Staff Sergeant, soon to be Inspector Michael Burton takes over the Bracebridge Detachment October 29th. (Courtesy of the OPP)

His rank is changing but his approach is not.

New Bracebridge OPP commander Michael Burton goes from a Staff Sergeant to Inspector as he leaves the Southern Georgian Bay detachment at the end of the month.

He moves into the adjacent detachment to his patrol patch of the last four years. Burton says his approach will very much be eyes and ears open for the most part.

“I’d say it’s very similar to the first day of school, says Burton.  “I’m well aware that members of Bracebridge detachment have been there, for the most part, several years.

“They have a very strong knowledge of the community and of each other.

Burton says in any detachment there are short and long-term goals. The short-term stuff is the day to day calls for service, part two is using technology to help recognize trends.

“Obviously when calls for service do come in we need to respond to them as they show up,” he offers. “But we’re also a modern police service. We recognize that there is a pile of data out there that we can access, utilize and analyse to help us determine where best to deploy our resources.

“By doing that effectively and efficiently we can address these issues.”

He says the detachment he is leaving is quite similar in a number of ways to his new command.

“(They are) very similar in many ways. Not just crime but a lot of other things that we deal with as well,” he begins. “Obviously two very seasonal communities. A very large influx of population in both the winter and summer months. A large snow machine population and a large marine population.

“In many ways, yes, similar and I know my experience here at Southern Georgian Bay detachment and my knowledge of Bracebridge detachment, both very connected to the communities and utilize the communities to help identify issues as they arise.”

When asked what kind of rating he would get from those he worked with at Southern Georgian Bay, he gives a measured, thoughtful response.

“I would say the members here would state I am a man of integrity and a goal-oriented leader,” he states. “And a leader that cares deeply about the people I work with.

“That’s a definite priority, we need to take care of our own members.”

Burton points to the recent Ombudsman report from the OPP about suicides within the rank and file. He says taking care of front line officers is a priority and has been for a number of years.

Burton takes over October 29th, after the legalization date for marijuana in Canada. While he knows a lot of things can change, the legal basics are still there.

“Current legislation about driving high under the influence of drugs, that won’t change at all,” Burton begins before adding, the use by residents and where they use it will be the wait and see portion.

“There is going to be a different approach to people who are utilizing marijuana,” he readily admits. “It will be a new era for everybody. There will be a bit of a wait and see in how this all unfolds.

“I feel our members will be in a position to deal with it effectively but there will be a learning aspect to it as well.”

He explains that figuring out where use will be accepted and legal could take a bit of time.

“What part of the public area might marijuana use be legal. Where isn’t it. These are all things we are gradually going to be learning as well,” he concludes.