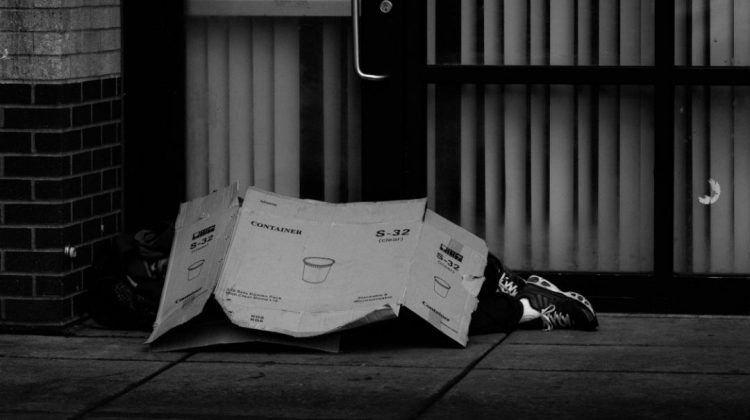 The District of Muskoka participated in a homeless enumeration earlier this year, and the numbers are telling a troubling story. (Pexels Photo)

The District of Muskoka is now officially tracking homelessness in the area.

Earlier this year Sandra Beausoleil, who is the Manager of Homelessness for the District, helped create an enumeration for the area to track just how many homeless people might be living in the region. Often they are couch surfing, bouncing from friend to friend for short stays, while others have created camps in the woods or some live in their vehicles.

“It is very hidden,” Beausoleil confirms. “Compared with what we know and see in the news in larger centres such as Toronto. In Muskoka it is a lot of people potentially staying with friends on couches, camping, living under a lean-to.”

Using existing social programs as a collection point Beausoleil and her staff interviewed people they had reason to believe had no permanent address. It was the first such count in our area and the numbers returned were significant. 159 people were surveyed and of those 142 fit the criteria for homelessness. In that number are 52 children listed simply as under 18-years-old.

The homeless enumeration was mandated by the province, with the ultimate goal to count every homeless person in Ontario to better understand the problem and potential solutions. “There are a lot homeless that you would never know,” says Beausoleil. “Somebody could be being served in any capacity some services and they might not have an actual home they are going home to.”

While no formal number of homeless had existed there was a framework within the region to share information and get outreach services organized. “We do have something called the Muskoka Homelessness Sharing Table,” Beausoleil reveals. “It is essentially a planning table for many of the agencies and services that support the vulnerable community in Muskoka.”

The various agencies meet about three or four times a year to coordinate strategies and share what information they have for various at-risk citizens in the area.

One aspect of the homeless survey that surprised Beausoleil and her team was that of the 142 surveyed, the split along gender lines was about equal and there was a larger than expected senior skew to the numbers. In larger centres, it is typically a male-dominated issue.

“About equal numbers of male/female on the survey,” she explains. “In terms of our more senior population, we had ten people respond to the survey.” The age spread of those seniors was 61 to 80.

As winter approaches Beausoleil says various agencies and service clubs will collaborate to help get people temporary housing, including using a variety of motels that are full of tourists in the summer but are largely empty in winter. “We have a number of partners in the community that have been incredibly supportive,” says Beausoleil.

Despite the previous lack of solid numbers on homelessness they do not come as a complete shock. “We’ve seen the trends over the last couple of years,” she explains. “It’s not a surprise. We have been working the last few years trying to find families suitable and affordable housing.”

Beausoleil says with the information gathered the next step is creating a plan to get Muskoka’s homeless people into appropriate housing.

“As we are building strategic planning on how to help with housing for the homeless program and help people move up the homeless spectrum, we know we are going to have a lot of support from the community,” she concludes.