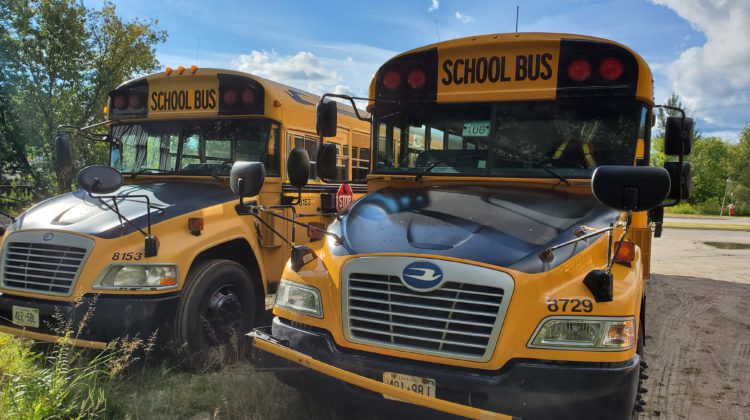 The transportation consortium in charge of Parry Sound-Muskoka’s Catholic schools has changed its bus routes to address delays.

The Simcoe County Student Transportation Consortium (SCSTC) sent out updated routes at the end of last week, effective Monday morning. The SCSTC is in charge of transportation for the Simcoe Muskoka Catholic District School Board (SMCDSB), which includes Monsignor Michael O’Leary, St. Mary’s, and St. Dominic in Muskoka, as well as St. Peter the Apostle in Parry Sound.

According to SCSTC CEO John Barbato, the changes are temporary and meant to address the bus delays the four schools have been facing since the start of the school year.

“We consolidated a number of routes to address the driver shortage issue we’re experiencing in Muskoka and Parry Sound,” says Barbato. “We’ve reviewed our routes and rerouted in an effort to service more students on each vehicle and thereby reducing the number of vehicles that we need to service students at this time.”

With more students being picked up, the routes could take more time. A route change notice to St. Peter the Apostle, shared with the Vista Radio newsroom by a grandparent, had one child’s morning pickup time listed as 7:04 a.m., with an afternoon dropoff of 4:57 p.m..

“In some instances, some students will be on the bus for longer periods of time, but it’s the step we’re taking in the interim while we’re waiting for new drivers to come onboard in an effort to improve the timing and reliability of the services,” Barbato explains.

Since the school year began, the four schools have been serviced by Wheelchair Accessible Transit (WAT), a Toronto-based company that operates locally out of Gravenhurst. According to Barbato, WAT will continue to be the sole provider for the four schools, and that there are no plans to contract other companies at this time.

While on Monday morning, there were fewer bus delays listed for WAT on the SCSTC website, some parents are still dealing with the same problems. Mandy Velema, a local parent, says that despite the changes, the problem has “actually gotten worse.”

“The bus was supposed to be there at 8:03 this morning, because they changed the time of when it was supposed to arrive; the bus never showed up,” says Velema. “I called and complained, and they said they’d call me back, they took my name and number. I never heard anything, so I drove my son to school at 9:30. Apparently the bus showed up at my house at 10 o’clock to pick him up.”

Barbato says the consortium is working with WAT to get more drivers, and that students and parents should contact the SCSTC with any questions or concerns.