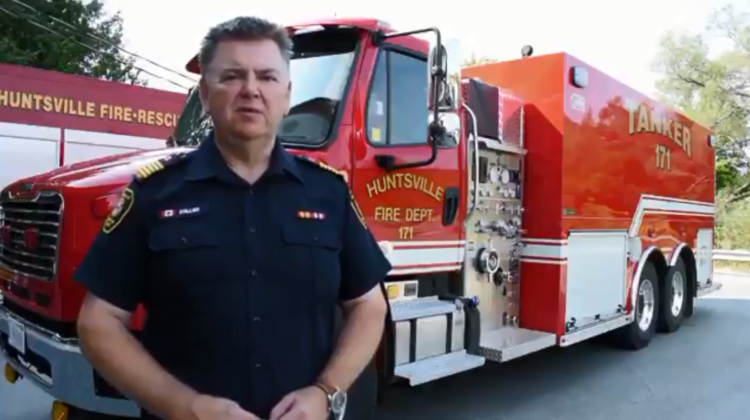 The Huntsville Lake of Bays Fire Department has a new fire truck.

Located at Fire Station One, the vehicle is a tanker and pumper truck which holds up to 2,500 gallons of water and can pump more than 1,000 gallons per minute.

Huntsville Lake of Bays Fire Chief Rob Collins introduced the truck in a video posted to Twitter. He says the truck will help fight fires in areas without readily available water.

“If we need to fight a fire in a rural area that is not protected by fire hydrants, we can bring our own water to the scene,” says Collins. “Bringing this much water allows us an initial attack that in most cases is going to extinguish the average house fire.”

Collins says the new vehicle is the largest in the department’s fleet, and is part of a program to equip more fire stations with large-capacity tankers.