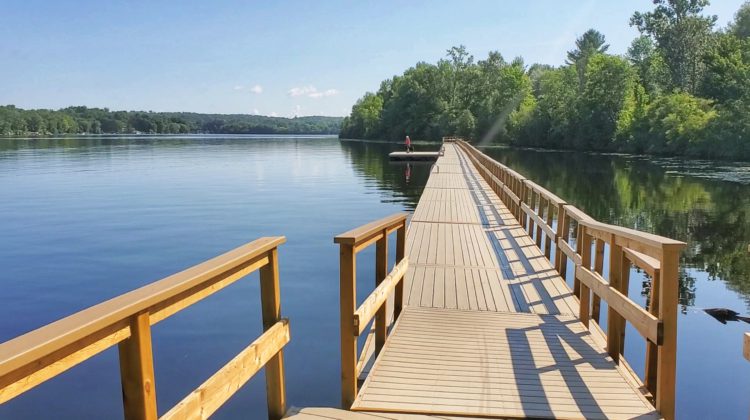 Huntsville is asking residents for feedback on how they’d like to see the town’s waterfront changed.

With the purchase of two private properties on the waterfront in 2020, the town now controls the entire south bank of Hunters Bay from Centre Street to Highway 11. People can make their suggestions about what they’d like to see added or changed, arrange a one-on-one meeting with a consultant, or contact staff directly via the town’s community engagement website, My Huntsville.

Huntsville Manager of Parks and Cemeteries Colleen MacDonald says that although the initiative has just opened to the public, town staff has already received a torrent of feedback.

“We’re hearing from lots of people on the page, as well as people requesting the one-on-one interviews,” says MacDonald. “So I think already we’ve got a lot of engaged folks, and we hope to hear from everyone.”

The previous version of the strategy in 1991 was responsible for waterfront projects such as the building of the Hunter’s Bay Trail and River Mill Park over the past 30 years.

“We’ve accomplished a good number of the items on the action list, so that’s exciting in itself,” says MacDonald of the former strategy. “We recognize that now we need to plan out or sketch out the next thirty years, what we’ll change, and what needs do we have in the waterfront area.”

According to MacDonald, one idea that is being considered is to replace the decommissioned Huntsville Mountview Clean Water Plant with a large greenspace and pumping station.

MacDonald says the plan is to have all the feedback compiled around the end of October, to be used in Huntsville’s 2022 budget discussions in the fall. She says the deadline to apply for one-on-one meetings is August 25th, and that the town is planning to hold a public meeting about the waterfront sometime in September.