Huntsville’s Steve Hernen to retire after 36 years of service 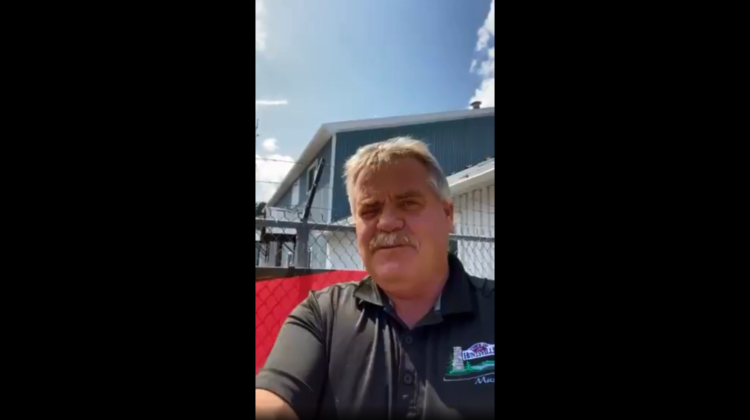 Director of Operations and Protective Services Steve Hernen in an update video (Source: @TownofHuntsville on Twitter)

Huntsville’s Steve Hernen will be retiring after nearly four decades serving the town.

“I’m tired,” he jokes. “No, I feel great. It’s been a great career with the municipality, I’ve enjoyed my time with it, and I’m looking forward to whatever life brings me next.”

Hernen currently works as Huntsville’s Director of Operations and Protective Services, but has worn many hats in his 36 years serving the town. Starting as a volunteer firefighter in 1985, he became deputy fire chief in 1990, and fire chief in 1996.

From 2015 to 2018, Hernen also served as president of the Ontario Association of Fire Chiefs. Hernen took on his current role in 2017, stepping down from his position as fire chief in 2019 to commit to overseeing the town’s public works.

“His contributions will always be valued and remembered, and his hard work, commitment and dedication are worthy of admiration,” read a statement from the Town. “He will be greatly missed and filling his shoes will be a very difficult task.

Of his proudest career moments, Hernen looks back on his work implementing the 9-1-1 system for the town’s emergency services in the 1990s, as well as helping to rebuild the Jack Bionda arena.

“I’ve been involved with many, many projects with the municipality, and [it’s] given me great opportunities to expand and grow, and I’ve thoroughly enjoyed my time,” Hernen says. “I’m not leaving on a sour note at all, this is just something I feel is the next step in my life, to get out of the way, let someone else lead the division, and see what life brings me next.”

Hernen says he and his family plan to travel after his retirement, but that he’s still happy to call Huntsville home for the foreseeable future.

“We’re just trying to figure out exactly where and what, but we want to do a trip of a lifetime, that’s our major plan,” he says. “No plans on moving out of town, this is my hometown, I’ve lived here my whole life basically, my wife and I are quite happy, [and] we want to stay here.”

Although he was eligible to retire in 2020, Hernen says he’ll be working right up to his last day on the job, January 31st.

“Although the announcement’s been made, I’m not gone, so don’t exclude me from any emails or phone calls, or traffic issues, or whatever your issue might be, I’d be happy to talk to you,” says Hernen. “I’ll certainly be here until the end of January, and I work right up till my last day.”

The Town of Huntsville has not yet named a successor.