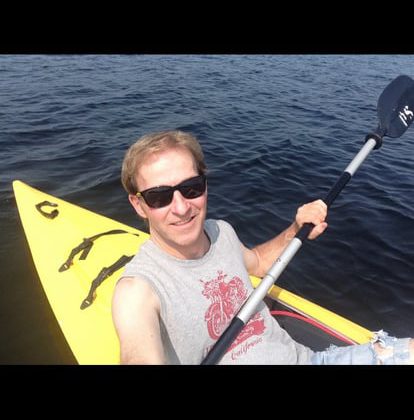 James Hopcraft loved to be in nature and loved to kayak (Photo supplied by: Kari Greene)

If you’ve ordered a double-double or a box of Timbits from the Tim Hortons drive-through on Depot Drive in Bracebridge more than once, then you’ve likely heard the joyful voice of James Hopcraft.

He passed away two weeks ago and in the days since, comments have flooded in from his co-workers, friends, and even people who only briefly interacted with him while picking up their morning coffee. Kari Greene worked with Hopcraft for many years when she was the Assistant Manager of that Tim Hortons location. “I’ve never met another person like James,” she tells the MyMuskokaNow.com newsroom. “He had this ability to make everybody smile. He treated people like olds friends and everyone gravitated to him.”

“Whether it was dancing, or singing, or cracking a joke, just seeing his interaction with people was just such a beautiful thing,” Greene says. 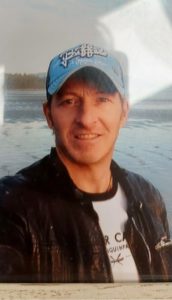 A Facebook group was created soon after his passing to raise money to build a bench and plant a tree in Annie Williams Memorial Park in Hopcraft’s honour. Greene says donations quickly flooded in, so she, along with Hopcraft’s family, decided anything over the goal of $2,500 will be put towards working with the Friends of Algonquin Park to improve the youth experience at the park. “James would have especially loved the idea of helping to build children’s confidence,” Greene says. As of Wednesday morning, they have raised over $2,400 in just eight days.

“He loved nature,” Greene says. “He loved to kayak.”

If you want to donate, go to the Kawartha Credit Union on Wellington Street in Bracebridge and say you want to donate to the James Hopcraft account. Greene says to reach out to her through the Facebook group if you have any issues donating.

Hopcraft made a big impact on people, which is evident by the comments that have been made on Facebook since he died. “James didn’t care if you were just visiting Bracebridge or a regular (customer) he treated everyone with such care and love,” Colleen Dermott wrote. “He treated all like they were his friend. He made so many people’s day with his smile and shining personality.”

Anne Smith said he was a “10 out of 10” when it came to customer service, adding she’s going to miss him at the drive-through window.

“He lived his life for other people,” Greene says. She tells a story about when Hopcraft bought candy and a jar for his co-workers. Greene explains Hopcraft would keep an eye on everyone and if he noticed they were having a rough day or had a bad interaction with a customer he would pass them the jar in hopes it cheered them up. He also helped organize a secret Santa with another co-worker. Greene says the two would buy small gifts like gloves or candles and hand them out to everyone. “He would insist it was from Santa,” she says.

After finding out about Hopcraft’s passing, a sign was put up at the drive-through window at the Tim Hortons he worked at to tell customers what happened. “Please take the time to make someone’s day today,” it read. “Just as James did for us. He taught us that the simple act of a smile and kindness makes all the difference in the world.”