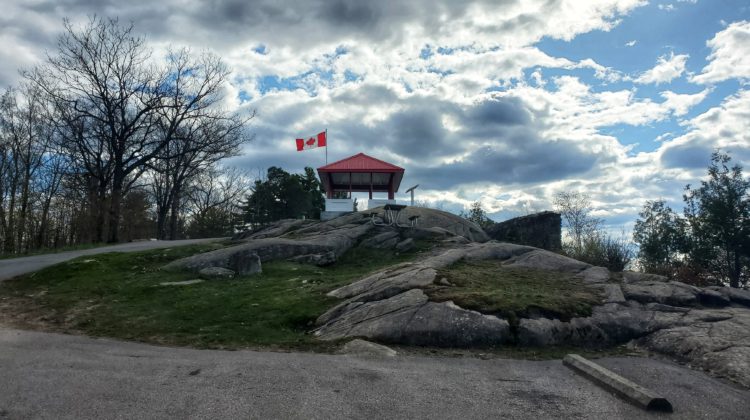 The Town of Huntsville is asking residents to help protect their community by reporting vandals to the OPP.

This comes after a recent spike in vandalism that Huntsville Director of Operations & Protective Services Steve Hernen says began early in the season.

“What we’re doing is asking the public to take an active role in protecting their community, and if they see something, report it to the OPP,” says Hernen.

According to Hernen, several pieces of public property have already been defaced or destroyed.

“Our streetlight boxes, our solar panel boxes have been vandalised and ripped apart. They’re about $3,000 apiece, we had a flag pole pulled down,” says Hernen. “Our lookout has graffiti painting on it, we’ve cleaned it all up again already this year.”

Hernen says the vandalism is disheartening.

“Probably the most disappointing thing I’ve seen is we’ve just had our Main St. bridge painted, it’s looking beautiful, and somebody took the time to start graffiti-ing on it, and scratching their name onto the new paint job,” he says. “It’s not even open to the public yet and it has to be painted again already.”

“It costs everybody when we have vandalism in the town; we want to keep our town looking beautiful coming into the spring season,” Hernen says.

Residents are advised not to approach any suspected vandals for safety reasons.