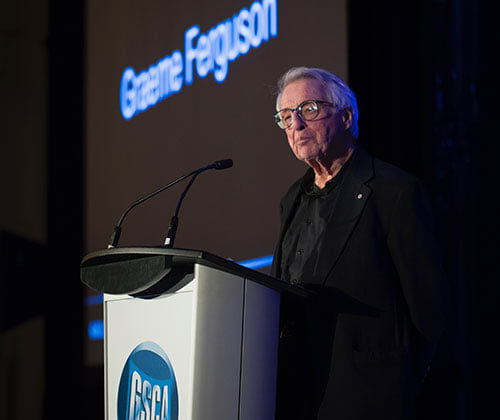 Canadian filmmaker and inventor – who is credited with co-creating IMAX – Graeme Ferguson has died at 91.

The Hollywood Reporter reports he died of cancer at his home in Norway Point in the Township of Lake of Bays.

He was named a member of the Order of Canada in 1993. Ferguson is also credited, according to the outlet, to have played a key role in getting IMAX cameras into space. He is credited as one of the producers and writers on “Hubble” which was a 2010 documentary on the Space Shuttle missions to repair and upgrade the Hubble Space Telescope. The film was narrated by Oscar-winning actor Leonardo DiCaprio.

“I always found him very easy to spend time chatting with,” Mayor of Lake of Bays Terry Glover said on Facebook. “He was always genuinely giving of his time and attention. He especially enjoyed conversation that circled back to his love of boating and his love of the lake. A genuine gentleman.”

“We are sad to hear that his last scene has come to a close,” Fraser Goven wrote in a Facebook group. “He and (his wife) Phyllis were so down to earth at Lake of Bays. We appreciate everything that they have done and contributed towards. Lake of Bays is a better place because of them. We will miss (his boat) the Heather Belle silently cruising past our dock with Graeme’s friendly smile and Phyllis’s light wave. We will miss you.”

The Hollywood Reporter says Ferguson is survived by his two children Allison and Munro.