Despite COVID-19, it’s full steam ahead for the Muskoka Steamships and Discovery Centre’s new exhibits 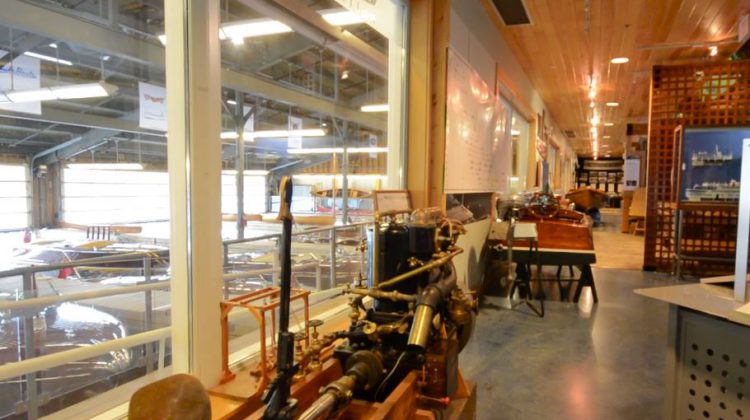 There is a lot left to do, but the President of the Muskoka Steamships and Discovery Centre is excited work is underway on three new exhibits.

“We’re working on evolving into an even more relevant cultural hub for the region,” President of the centre John Miller explains. He says the three “world-class” exhibits will be added to the centre’s building in Gravenhurst by 2022. They will be called “Muskoka Past, President, and Future,” “The Transformative Steam Era,” and “Misko-Aki: Confluence of Culture.”

The addition to the existing building is about 75-percent done, according to Miller. He adds there’s a “tonne” of work left to do.

Miller says the Misko-Aki exhibit is a first-of-its-kind exhibit that will explore local Indigenous people’s life between 1830 and 1930 in Muskoka. He says that their story is an important one to tell. “A couple of years ago the District of Muskoka publicized the calls to action from the Truth and Reconciliation Report,” Miller says. The centre later adopted “Indigenous culture and heritage” as a core theme. Miller says they have brought on a team made up of Indigenous peoples to help with research for the exhibit.

To help with the steam era exhibit, the steam-era yacht Wanda III was hoisted onto its new lift in February. “It was a little bit later than we planned,” Miller says. “It allows us to work on her every winter going forward and also bring her out of the water to help preserve her and maintain her.”

He says the plan is to convert Wanda’s steam propulsion engine to electric. Miller hopes that’s done in four to five months. Once that’s done, Wanda will be operational again as a yacht running out of the centre.

The project began in late 2019 after two years of planning. The 12,000 square foot addition will be built in the Gravenhurst Bay and connected to the already standing 25,000 square-foot museum.

While Miller says COVID has delayed “almost every aspect” of the project when it’s done he hopes it attracts “10 to 15,000” more people to the area every year. “We hope to give (tourists) something in the way of a cultural tourism product that they’ve never really seen before and certainly the region of Muskoka hasn’t seen before,” he says.