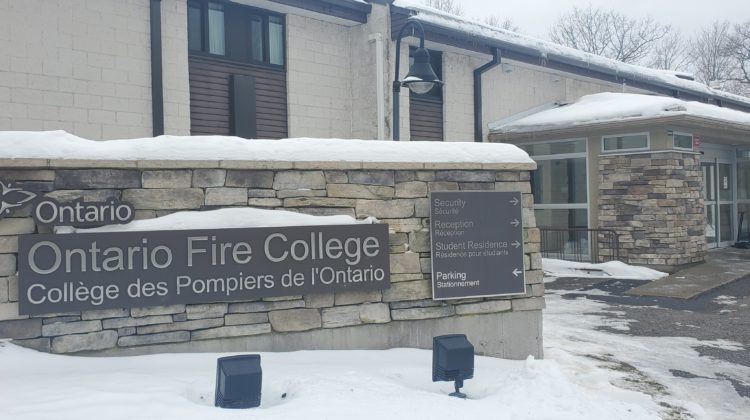 Gravenhurst council has passed a motion that aims to save the Ontario Fire College.

The motion was passed at Tuesday’s council meeting with Mayor Paul Kelly saying they will forward it to Premier Doug Ford’s office and Parry Sound-Muskoka MPP Norm Miller. “We felt like it was important to at least let the province know that we were concerned about the closure and the impact on our community,” he explains to the MyMuskokaNow.com newsroom.

Gravenhurst adds its name to a growing list of communities calling for the Fire College to be saved. Augusta, Baldwin, Lake of Bays, Machar, Magnetawan, Parry Sound, Seguin and Terrace Bay councils have all passed motions asking the province to leave the College. The Green Party of Ontario also put out a statement calling for the province to not move forward with the closure of the property.

“Eliminating the Ontario Fire College is a blow to Gravenhurst and small municipalities across the province who will be on the hook for training costs,” the Green Party of Ontario’s leader Mike Schreiner and its candidate for Parry Sound-Muskoka Matt Richterthe two said in a joint statement. “The Ontario Fire College plays a crucial role in training the province’s firefighters and keeping our homes and neighbourhoods safe.”

The Fire College is set to be decommissioned on March 31st. It has been closed since March 2020 because of the COVID-19 pandemic.

The province announced in January that they will move to open 20 regional training centres, expand online training and open mobile training centres as well. “Pretty much all the experts in the business of firefighting support this decision,” Miller says. He lists off the Fire Fighters Association of Ontario, Ontario Professional Firefighters, Ontario Association of Fire Chiefs, and the province’s Fire Marshall John Pegg as those that have voiced their support for the move.

Speaking with the MyMuskokaNow.com newsroom earlier this month, the President of Ontario Public Service Employees Union Local 317 Chris McConnell explains that on top of 20 jobs being lost with the impending closure, the economy will lose the 3,000 to 5,000 firefighters that would be in the community to train. “The local has taken the steps to ensure that everybody knows what’s at stake here,” he said. He added that the College provides full-time stable work in a community where those opportunities aren’t plentiful. McConnell added having stable employment is “paramount” to the stability of any community.

Miller notes that of the firefighters that did register for training “around 30-percent” didn’t show up.

“It’s become abundantly obvious for many of the communities this fire college is really important for them,” Kelly says. He says that he’s spoken on “numerous occasions” with Miller about the closure.

Since the decommissioning was first announced, Kelly has said he wants to be kept in the loop on the future plans for the property. “If there is no will on part of the province to (keep the Fire college open) we have a vested interest to make sure that site is used for great purposes that it’s intended to be used for,” he says. “We have a big concern about three historical sites that are on that property and we want to make sure that no matter what  happens that those remain historical sites and intact.”

Miller says some ideas have been floated for what to do with the property. That includes using it as a training ground for personal support workers and offering it to the District of Muskoka. Miller says he isn’t sure when a final decision will be made on what will be done with the property.