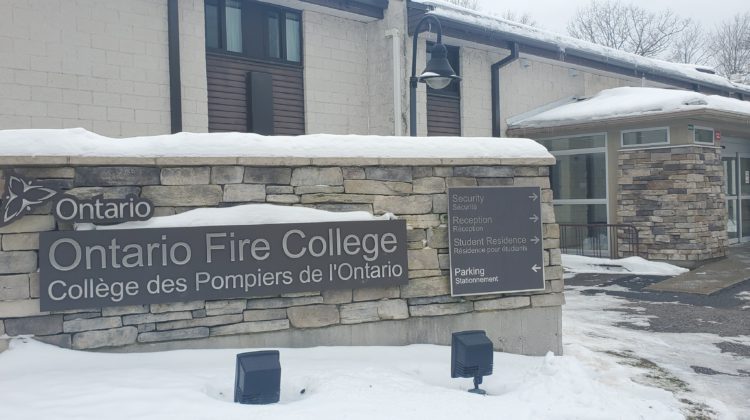 The Ontario Fire College in Gravenhurst will be decommissioned on March 31st and Gravenhurst’s Mayor Paul Kelly says he wants to be involved in the discussion on what happens to the land.

Kelly says it’s disappointing because it means 20 jobs will be lost. “It may be very difficult for some of them to uproot their families and move somewhere else in the province,” he says. Kelly adds that the centre can facilitate the training of up to 2,500 trainees a year. “That also translates into the economy for the community,” he says. “They would probably be using restaurants, going to stores, doing shopping that will no longer happen.”

The College has been shut-down since March 2020 because of the COVID-19 pandemic.

The idea from the government is that they’re going to move to a regional training model with 20 centres set-up throughout Ontario. Two mobile centres will also be put into use. The government says this will help better meet the needs of communities and save municipalities money. “There appears to be some pressure from fire chiefs to go in that direction,” Kelly adds.

“I was certainly surprised,” Kelly says. He tells the MyMuskokaNow.com newsroom Solicitor General Sylvia Jones called him at noon Wednesday to share the news. “Fire Chiefs across the province are looking at their expenses and the cost to room board and travel their trainees to go to the fire college is an expensive proposition,” he says about what he was told on why the closure is happening.

Looking ahead, Kelly isn’t sure what’s going to happen to the property. He cites the nearby land that’s being looked at as the landing spot for the proposed Muskoka Regional Centre. Kelly explains the property will eventually be handed over to Infrastructure Ontario for disposition. When the piece of land off of Stephens Bay Road was first offered, Kelly says various Ontario ministries were given the first crack. While none of them took up the offer, he suggests the same could be done with the land that houses the Ontario Fire College. “I don’t know the time period when that will happen,” he adds.

“The big difference between that site and the Muskoka Regional Centre property is there are usable buildings on sites,” Kelly says.

While Kelly says there are a lot of unknowns going forward, he will push for the town to be involved in whatever does happen with the property. “My goal would be that we would continue to maintain conversations with the province as they start to unroll the next steps in the process,” Kelly says, but adds that happening is “probably a ways off.”