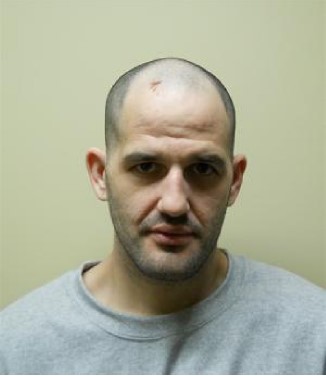 He has several tattoos including a Panther, Spider Web, Skulls and a Barbed Wire on his left forearm, “Three Men Keep A Secret, Two are Dead” on his right arm. He also has an eye on his left hand.

Dryden is wanted by the Hamilton Police Service for several violent crimes.  He has breached his statutory release.  He is serving a two year and nine-month sentence for three counts of aggravated assault, 2 charges of break and enter, disguise with intent and theft under.