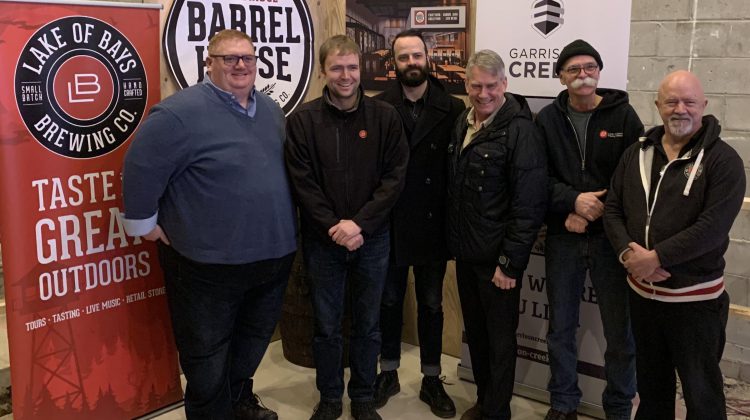 BRACEBRIDGE, ON-The new Bracebridge Barrel House held an event to talk about the company and the progress it has made.

On January 16th, members of the public were invited into the facility, which is still undergoing construction, to hear about the future of the new Barrel House.

This new facility is the latest expansion to the Lake of Bays Brewing Company and its President and CEO Darren Smith was the main presenter at the event.

Smith talked about a variety of what the building will feature, like opening up 15 new jobs that will benefit the economy, having a large space for people to try drinks and bringing in new specialty made barrels for the beer.

Smith said that he was very excited to bring in the new barrels as they will help alter the beer and change it into something new. “As we continue to make beer in these barrels, the microbes will change the beer’s taste and we are excited to see that process in action,” said Smith.

The large building will also feature a restaurant with an open concept kitchen and when asked about whether this new location will carry on the tradition of hosting live music like Lake of Bay’s other facilities, Smith said that they would welcome it.

Both Mayor Graydon Smith and MPP for Parry Sound-Muskoka Norm Miller were at the event and they were excited by the idea of bringing Lake of Bays Brewing Company into Bracebridge and said they wish the company the best of luck and are interested in helping it thrive in the community.

The Barrel House is set to open sometime in late March or early April.