Gravenhurst comes together for mental health 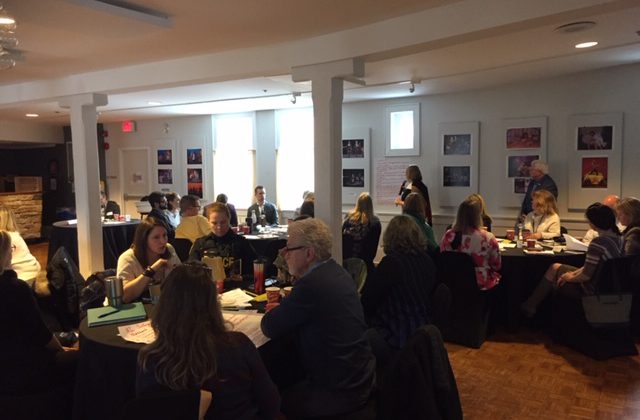 GRAVENHURST, ON-The town of Gravenhurst has come together to figure out how to best deal with mental health issues.

On January 14th, the Gravenhurst Opera Hall saw about 50 people come together from different organizations like the YMCA, Muskoka Paramedic Services, Gravenhurst Youth Council, and the Canadian Mental Health Association (CMHA) to talk about mental health issues in youth.

Hosted by Gravenhurst Mayor Paul Kelly, the group heard from the CMHA about the current situation of mental health and how suicide rates in Ontario are rated one of the highest and the majority of those suicides while accidental, are children and youth.

There was also a recorded 28 opioid deaths in 2018 in the Simcoe Muskoka area and the deaths have doubled since 2017 in Ontario.

All of the groups at the meeting made one message clear, that they were all there to help and show there support in any way possible. Many speakers noted how they are already in partnerships with other organizations but are interested in doing more.

The main question that the meeting tried to answer was what is the best way to handle mental health? It wasn’t until the end of the meeting where people were putting ideas together and coming up with possible solutions.

Kelly organized tables and assigned questions for groups to answer. One of them noted that the main problems when dealing with mental health are the financial barriers and making sure funding goes to the right groups. There was also the fact that when someone is dealing with mental health for themselves or for others, they do not know where to go to receive the treatment they need.

One woman told a story about how she lost her husband and one of her sons was in an accident that left him a quadriplegic. The son that was affected turned to drugs for a time and the mother did not know how to treat her child. She said that she did not know how to receive treatment in Gravenhurst and went to Toronto to get the specialized assistance she needed.

After hearing this, one of the focuses of the meeting became putting a list together of services available for those in need of help.

The groups suggested that there are things that could be done like utilizing existing facilities and adding help services to them. One example that was given referenced the YMCA and putting a program together that would talk about mental health and act as a support program.

One organization that made an impact in particular, was the Gravenhurst Youth Council that had a couple of representatives. One of which was Emelie Cowan who said she struggled with mental health and depression but was happy that she saw how there were so many people coming together in support of those who struggle. “I think its a really good start seeing everyone’s faces and starting the conversation.”

In an interview with the MyMuskokaNow.com newsroom, Director of Clinical Services and Operations for CMHA in Muskoka Charlane Cluett said that there are a lot of challenges ahead but one of the things that need to happen is listening to the youth and hearing what they have to say. “Listening to those who have mental health issues is the key.”

Currently, the Mayor is compiling all the information collected at the meeting and combining them for people to easily access.

There was also talks about a possible new wellness centre that will help youths going through mental health issues.