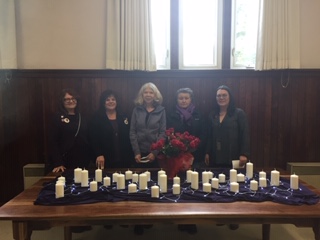 MUSKOKA, ON-The women’s services of Muskoka remembers those who died due to gender violence.

Today marks the 30th anniversary of the death of the 14 women who died at l’Ecole Polytechnique de Montreal and a reminder of gender violence.

In an interview with the MyMuskokaNow.com newsroom, Executive Director of the Muskoka/Parry Sound Sexual Assault Services Lauren Power said that they are calling for the Federal Government to develop an action plan to put an end to violence against women. “Funding is hard for smaller groups like us, but we want the government to take serious action so we can put an end to gender violence,” said Power.

Power went on to say that their current funding does not cover what they need but work with what they have. “Our services range from short term crisis counselling, long term assault trauma therapy, advocacy accompaniment, and public education for both elementary and high schools,” said Power.

This event falls in the middle of the 16 days of Canada’s National Day of Remembrance and Action on Violence against Women campaign announced in late November by the Minister for Women and Gender Equality and Rural Economic Development Maryam Monsef.

The event promotes reflection and action against gender-based violence across the province.