Update on the Bracebridge arena 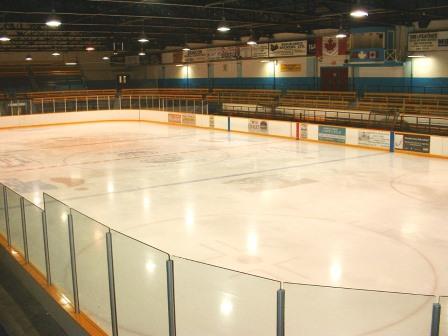 In an interview with the MyMuskokaNow.com newsroom, Cindy O’Regan, the Director of Recreation for the Town of Bracebridge said that since 2017, the town has gone through the process of ensuring the new arena and library could fit on the site, the access to the arena via the construction of Salmon Ave. and decided on who the architects will be. “We have done a lot to ensure what the cost to operate the arena will be and we decided to go with the MJMA architect firm,” said O’Regan.

MJMA is a Toronto based architect firm and they specialize in recreational buildings. “They will lead the design and construction of the building while Colliers Project Leaders will oversee the whole operation,” said O’Regan.

According to O’Regan, they will be putting together a concept for the master site soon and will be presenting it to council. “Meanwhile we are waiting to hear back about our grant which we submitted to the Investing in Ontario Infrastructure Program (ICIP) which will give money from both the Provincial and Federal government which will cover $35.9 million.”

According to O’Regan the town of Bracebridge via the ICIP, will be contributing about $17.9 million to the project.

The new arena is set to be built behind the independent grocer which, according to O’Regan, is a large commercial area and they are creating a branching road off Salmon Ave. to lead to the arena.

In an interview with the MyMuskokaNow.com newsroom, Mayor Graydon Smith said that they have done a lot of work on the arena and even though it is “showing its age,” the town has been fixing it as necessary. “We would like to keep it going but we are excited about the new arena,” said Smith.

When asked if the old arena will be torn down or refurbished into something else, O’Regan said that they were not sure as of yet but will decide as they move forward.

O’Regan said that the arena budget is $53.8 million.