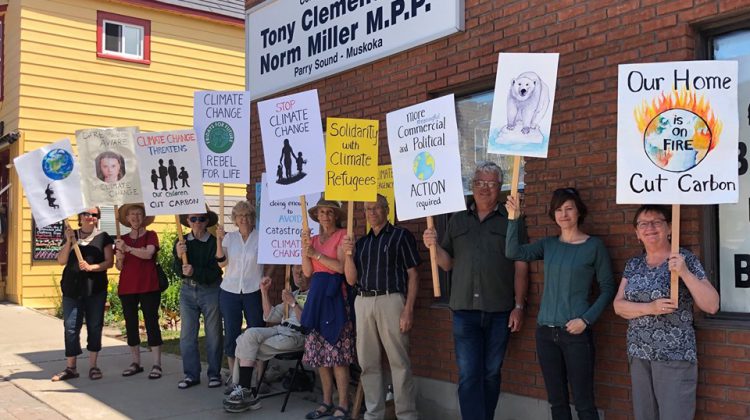 PARRY SOUND, ON – Environmental activists are holding another demonstration in Parry Sound this week.

Climate Action Parry Sound is joining global climate strikes across the world this Friday beginning at 11:30 a.m. The group starts its march at Market Square Park and will end up at the Stockey Centre.

The group said Georgian Bay is getting 1o warmer each decade and it could have “dire” consequences for the area.

“The climate crisis is bigger than Parry Sound and bigger than human ambitions in general,” the group said.

“If we allow the average global temperature to go beyond 1.5°C above pre-industrial levels, this will be the final assault in the worst crime of all; the ongoing mass extinction of species, and the destruction of the living world. A single generation will have failed to pass on an irreplaceable system of species that existed long before human civilization,” it added.

Anyone interested in joining the march is asked to show up at Market Square Park Friday morning.