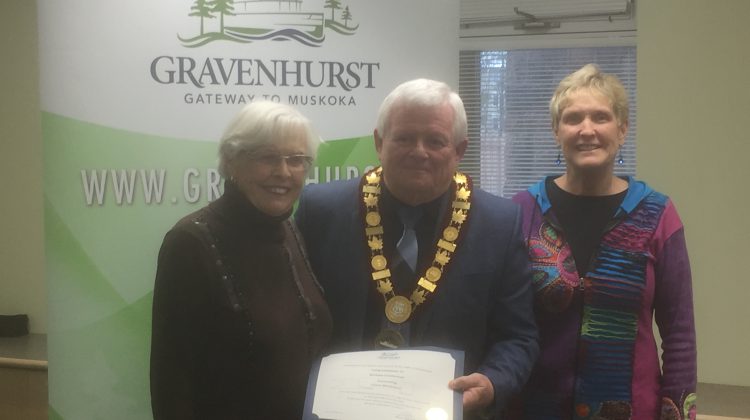 GRAVENHURST, ON-A local was celebrated and recognized for 50 years of volunteering in her community.

On November 19th, the Gravenhurst council began their meeting by recognizing Barbara Christensen who has been a volunteer at the South Muskoka Hospital for 50 years.

Christensen arrived in Gravenhurst in 1956 when she married her husband John.

After her husband ended up the Chairman of the South Muskoka Memorial Hospital Board in 1969, a volunteer approached Christensen and invited her to join, she later became a volunteer in the summer of 1969.

Even though she was a busy mother of four, all under 6 years-old, Christensen became a dedicated volunteer and President of the auxiliary in the early 1970’s.

While she was President, she began the Gravenhurst Women’s Auxiliary Bridge Club, which initially started out with 12 members but has now grown to around 50.

Christensen said that she has many pleasant memories of rolling a cart down the hallways offering books and other goodies to patients. “It has been a privilege and a pleasure,” said Christensen.