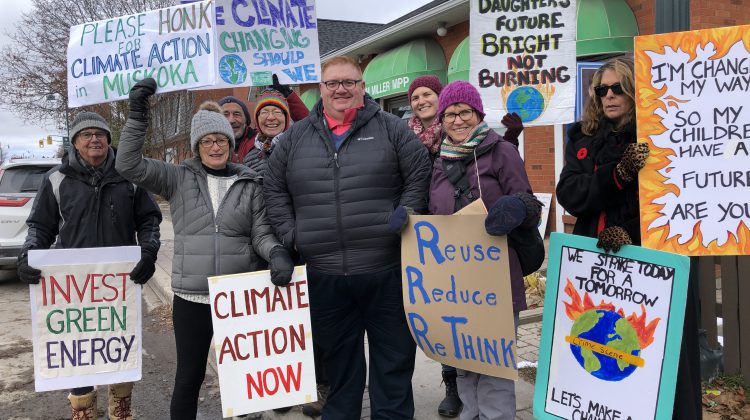 BRACEBRIDGE, ON-The Climate Action Muskoka group is asking all of Muskoka to come together for a rally and march.

The climate action group has set their event for November 29th from 11:30 a.m. to 1:00 p.m. at Memorial Park in Bracebridge.

This event is part of the Global Strike 4 Future which will see millions of demonstrators worldwide call on individuals and government officials to come together and urge them to take serious action against climate change.

In an interview with the MyMuskokaNow.com newsroom, organizer of the event Tamsen Tillson said that they do weekly strikes and this one will be one of their bigger events. “Our message is for everyone including government officials and that we need to work together to fight climate change,” said Tillson.

BMLSS student Kelsey Smith, one of the organizers of the school-wide walkout in September, is encouraging her classmates to participate in the strike.

Smith said that she feels like everyone should come out and support this cause and that even though Bracebridge is a small town, every idea can make a change.

A similar event is happening in Parry Sound as well. Some of the groups supporting the rally in Bracebridge, including Muskoka Power of Many, is encouraging those who are not able to make the march, to put up signs by the homes and places of work so that they many raise attention and awareness for climate action.

For information about the event, you can email [email protected] or go to their Facebook page here.