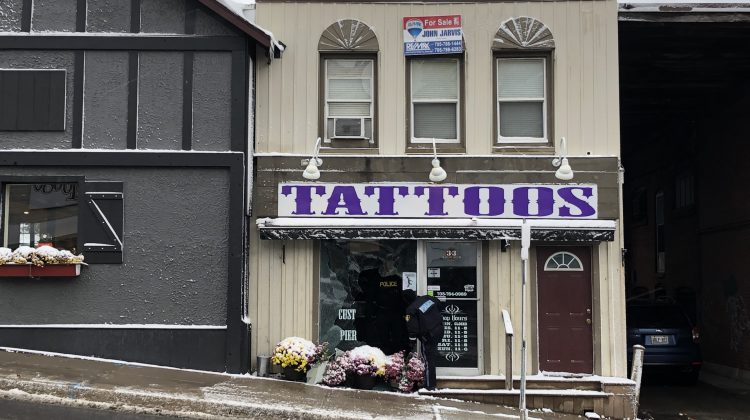 Members of the Huntsville OPP detachment look at a smashed tattoo shop window in the downtown core on November 1st, 2019. Photo by James Wood/MyMuskokaNow.com staff

HUNTSVILLE, ON- A man has been arrested after a strange incident in Huntsville today.

Shortly after 10:15 a.m., police were called to the tattoo shop near the intersection of Brunel Road and Main Street, in the downtown core.

Witnesses said that a man, believed to be in his 50’s, had thrown a brick through the main window of the shop, and was yelling for police to come and arrest him.

Two OPP officers did arrive to the scene, and took the man into custody without incident.

The reason for the man’s actions remains unknown, but he appeared to be in distress at the time. No injuries were reported from the scene.