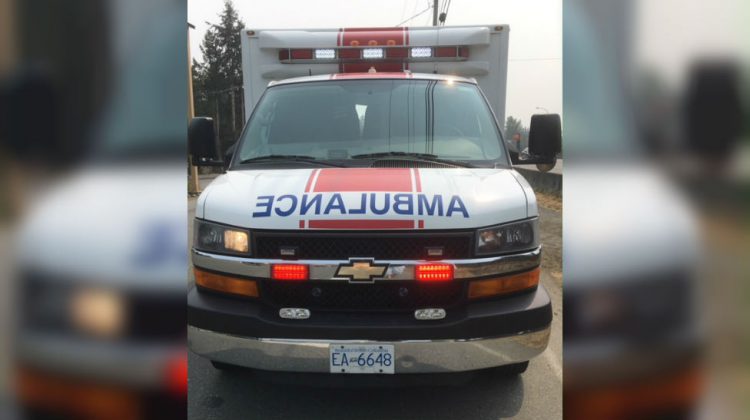 Stock ambulance photo
COTTAGE COUNTRY, ON – Carbon monoxide is called the silent killer, and firefighters want the public to help prevent deaths by making sure their alarms work.

November 1st to 7th is Carbon Monoxide (CO) Awareness Week. In a release from Muskoka Fire Prevention Officers, it’s said that over 65 per cent of CO injuries or deaths happen in the home.

“We want to make sure everyone is safe from CO,” organization member Mike Vadlja said.

Vadlja added any home with fuel-burning appliances should have CO alarms and get the devices inspected by a registered contractor annually.

“You must have a working CO alarm adjacent to each sleeping area of the home if your home
has a fuel-burning appliance, a fireplace or an attached garage,” said Vadlja. “For added
protection, install a carbon monoxide alarm on every storey of the home according to
manufacturer’s instructions.”

Alarms are also mandatory in apartments or condos with garages or service rooms. According to officers, in both cases they should be installed adjacent to each sleeping area, then additionally above, below and beside service rooms and the garage.

The organization said CO is called the silent killer because the deadly gas is invisible, tasteless and odourless. It is produced when appliances like furnaces, fireplaces, water heaters, stoves, barbeques, heaters and generators that use fuel don’t completely burn it off.

Muskoka Fire Prevention Officers advised people to consistently make sure appliance vents are not blocked and to never use a barbecue indoors, including a garage.

The organization also wanted the public to be aware of the symptoms of CO poisoning. The release said if an alarm goes off and anyone is feeling flu-like symptoms such as headaches, nausea, dizziness, confusion, drowsiness, or loss of consciousness everyone should leave the home immediately.

The released stressed that evacuating everyone from the home should be the top priority before calling 911.

The organization also said everyone in the home should become familiar with what the alarm sounds like.

“Your CO alarm sounds different than your smoke alarm,” the release said. “Test both alarms monthly and make sure everyone in your home knows the difference between the two alarm sounds.”

It added that the sounds of the low battery and end-of-life warnings will be different. The organization suggested reading and following the manufacturer’s instructions.