Muskoka women to be awarded for making a difference 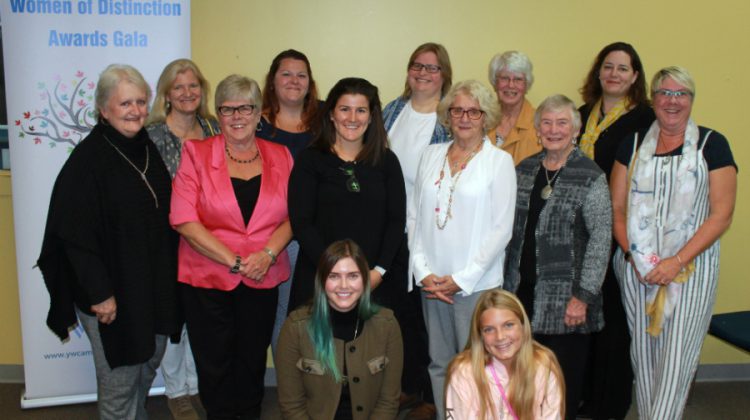 Photo of the nominees together after official announcement. October 9, 2019. (Supplied by YWCA)

MUSKOKA, ON – Anyone who goes above and beyond for their community deserves to be recognized and 14 local women will have a chance at taking home some prestigious hardware.

The nominees for the Women of Distinction Award were announced this week through a press release. The gala event is put on by the YWCA Muskoka for females who inspire others. The organization tries to create positive change for women and girls through education, leadership and advocacy.

Nominees, nominators, sponsors, staff and volunteers gathered at the YWCA facility in Bracebridge Tuesday for the official announcement.

The Women of Distinction Awards Gala is a signature fundraising event for the YWCA. It also celebrates the accomplishments of women and is apparently recognized through YWCA chapters across the country.

“Over 250 women in Muskoka have been nominated since the award’s inception in 2003,” Hannah Lin, Executive Director of YWCA Muskoka, said. “These women are catalysts for change and are breaking new ground and old barriers to improved the lives of others”.

The 2019 nominees vying for the eight awards were announced in alphabetical order as follows:

The awards the women are up for are:

The big day will be Friday, October 25 at Mark O’Meara Course at Grandview in Huntsville. Tickets can be purchased on the YWCA website and will be $75 for members and $95 for general admission. Tickets can also be purchased at the YWCA Office in Bracebridge.