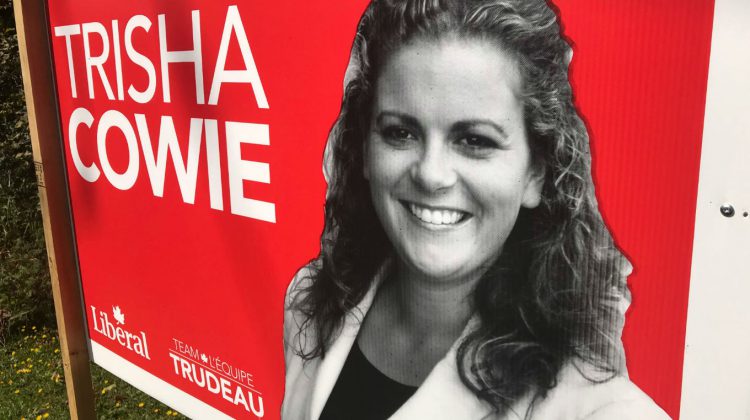 BRACEBRIDGE, ON – Vandalism of a campaign sign has been reported in the riding of Parry Sound-Muskoka.

Liberal Trisha Cowie confirmed she had had at least one sign defaced and has lost others to theft in the early days of the current campaign.

A photo on social media shows one of her signs, which features her face, crudely coloured in, possibly making reference to the current scandal being faced by party leader and Prime Minister Justin Trudeau.

The Cowie campaign confirmed there had been an incident, and according to online reports they occurred at several locations in the Gravenhurst area.

She is not letting the incident become a focal point of her campaign and Trudeau’s actions, which she has publicly condemned are not being brought up to her at the door.

“I think it is really important not to get distracted from what is most important for people in Parry Sound-Muskoka,” she said. “We have a lot of really important issues that we have to discuss and that’s going to be my focus.

“That’s my primary concern and at the end of the day the majority of the people I am seeking to represent, we’re good people, we’re kind people, neighbourly and this doesn’t speak to the community.”

Cowie said signs are not a big line item for her 2019 campaign, as these are signs she used in her 2015 electoral run. She jokes this might be the end of the line for this current edition.

“We have no intention on spending any more money in that department,” she revealed. “I don’t know that they will last for the future, as I am getting older.”

Police remind residents that tampering with a campaign sign is a criminal offence.