Info session for animal attraction in Kearney being held 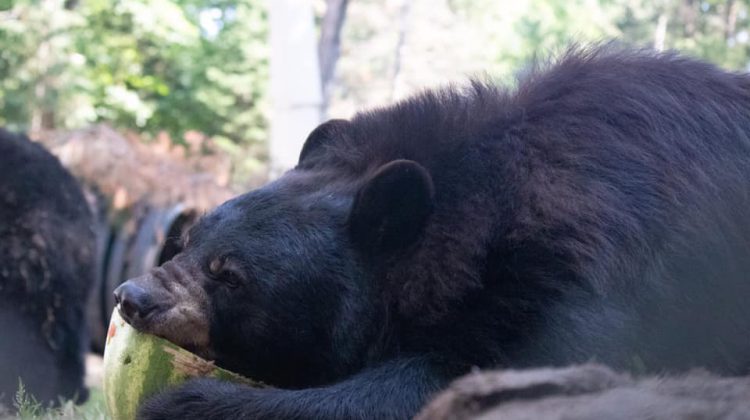 KEARNEY, ON -An information session on a proposed animal education attraction in Kearney happens tonight.

A number of animal experts will be presenting the nuts and bolts of these attractions, sometimes referred to as roadside zoos.

It happens tonight between 7:00pm and 9:00pm at the Kearney Community Centre.

The attraction is called Wild Connections and is being proposed by an animal trainer for television and movies, Ruth Labarge. She wants to create a habitat for bears and cheetahs that would allow people to stop and visit to learn about the creatures.

Labarge presented to Kearney Council earlier this year and got provisional approval, using the name of Bear With Us, which also happens to be the name of a long-standing bear rehabilitation centre in nearby Sprucedale, Ontario.

Opposition to the attraction is heavy and the meeting in Kearney tonight will feature a number of animal experts providing information on the realities of animals in captivity.

Michelle Ainsworth, founder of Muskoka Animal Rescue,  is one of the co-organizers of the event and says people need to be informed about what is happening.

“She does not have a history of conservation,” Ainsworth said about Labarge. “She had this bear kissing thing where the public would get their faces licked by bears, which is not okay.”

Ainsworth claims the facility as presented to Kearney Council does not meet understood animal enclosure regulations.

“Based on the enclosures described and the well being of the animals, are inadequate,” she claimed. “This is not someone’s opinion. This is based on research, science and data based on what animals require per square foot etc.”

Among the speakers is Rob Laidlaw, Executive Director of Zoo Check, an organization that rates and evaluates any facility that holds wild animals.

The information session is meant to provide residents with some talking points and ask hard questions about the practice of housing animals for human entertainment.

Just last month Aspen Valley Wildlife Sanctuary took in dozens of bears, wolves and other animals who were part of a roadside zoo that had closed. Meanwhile in Hunstville, Council is amending its Exotic Pet bylaw to include a ban on any circuses performing inside the town limits.