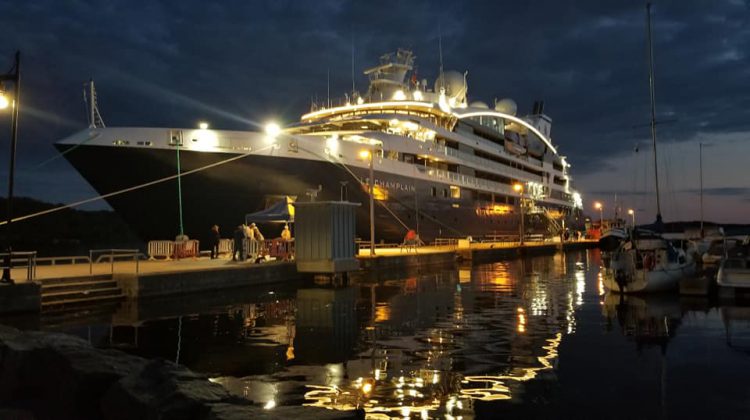 A photo of the vessel, posted by Parry Sound Downtown.

PARRY SOUND, ON- A massive vessel has arrived at Parry Sound’s waterfront this week.

The ship in question is a French cruise vessel, named “Le Champlain” after famous French explorer Samuel de Champlain. It is owned by Ponant, which operates a fleet of cruise ships.

It is currently on a cruise from Quebec City to Milwaukee, after setting off from Quebec on September 12th. It will be leaving Parry Sound this evening at 6:00 p.m.