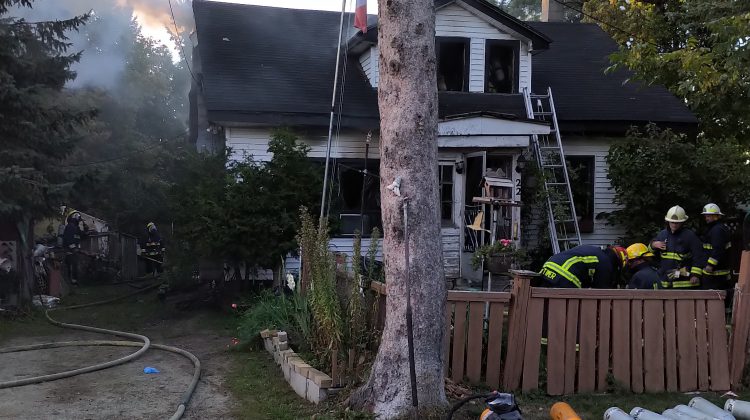 Image courtesy of the fire department.

HUNTSVILLE, ON- A destructive fire has put two people out of their home tonight.

According to the Huntsville/Lake of Bays fire department, crews responded to a reported fire from a clothes dryer around 5:30 p.m. on East Elliot Street in Huntsville.

When firefighters arrived, they found heavy smoke and flames at the rear of the home, which had spread to the roof and attic. Assistance was called in from Port Sydney, and the blaze was quickly brought under control.

The two occupants of the home who found the initial fire made it outside safely, and no injuries were reported from the scene. The structure suffered extensive damage from the smoke and fire.

The exact origin and cause of the fire is currently being investigated. No exact damage estimate has been established at this time.